Home News, Seattle Pride 2011Breaking: George Bakan is spreading the word that the Pride Flag will fly BEFORE the Pride Parade.

Breaking: George Bakan is spreading the word that the Pride Flag will fly BEFORE the Pride Parade. SGN Editor George Bakan was broadcasting the news Friday evening on several Facebook pages, including pages for GSBA, CC Attles and GPiS, that the word coming from several sources, is that the Seattle Space Needle will raise the Pride Flag on Sunday morning, PRIOR to the 2011 Seattle Pride Parade. Earlier reports had it the flag would be carried in the parade and taken to Seattle Center where it would immediately be raised.

This follows the controversy earlier this month concerning the announcement the Space Needle, a privately owned company, would not fly the flag during Pride month this year, following the first time appearance of the flag for the 2010 festivities. Subsequently, the Needle backtracked and promised to fly the flag if $50,000 was raised for four local non-profits serving the LGBTQ community, and later amended to guaranteeing the flag would fly for Pride Weekend regardless if the total amount was raised or not. To date, over $38,000 of the total amount has been raised, with several major donations from the Space Needle, itself, Sub Pop Records and Precision Door Service.

We’ll keep you posted as the story develops.

You can also read about it NEXT Friday in the SGN…

LGBTQ Allyship, the Seattle advocacy group fighting for social and

Every year, there’s some sort of hoo-haw in regards to

Really? Again? Sigh. To clarify, the Space Needle has announced

“Who would have thought Seattle would be so special?”

Yeah, we took a little break after SIFF, Pride and

...
Previous: The Movies Column: Cameron Diaz Is the Bad Teacher and Uncle Boonmee Gets Reviewed 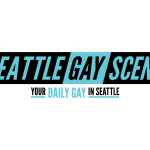