Home #New Queer on the BlockNEW QUEER ON THE BLOCK: “Dream the Dream” in the Manhattan Special

NEW QUEER ON THE BLOCK: “Dream the Dream” in the Manhattan Special After the performance, my fruit fly and I went to Daily Grill for a round of cocktails and to dish about our theater lives in Seattle

The Manhattan Cocktail is a classy and more sophisticated version of a martini for the theater gay and Saturday night I immersed myself with two kinds of a Manhattan special. My fruit fly and I went to see Les Miserables at 5th Avenue Theater. This was not just any normal production in the local Seattle theater scene, this was the “Cameron Mackintosh’s Spectacular New 25th Anniversary Production” and I was sitting in the first row of the theater throughout the entire performance. It’s a tradition for the two of us to read the bios and talk trash about the actors and design team, especially if we don’t know what the initials means in their bios. But there is never enough time to get through all the bios of the cast and creative team before the show starts, so we only focus on the men and there are some HOT men in this production!

I feel like I’m in New York City right now and the culture shock is going to kill me when I walk outside those theater doors and onto the streets of Seattle.

On the many highlights of this production is the backdrops of each scene, which incorporated a Victor Hugo painting matched with multi-media like effects from lighting. Brilliant! Using such an influential artist in the French Revolution to bring an artistic aesthetic to this performance was a smart and wise choice.  There’s love, romance, adventure, scandal,  riots, death and a little comedy given by the peanut gallery of the group. The biggest part of this show is the courage, fight and strength that you experience along with the cast about taking a step for something that is right. A right that should not be ignored or taken away from you. The United States might not be going through an extreme version of the French Revolution, but I feel like the people in America is constantly fighting against the politicians and so it’s a secluded revolution. I normally have dislikes and horrific feelings in terms of the total theater package as a performance, but this show will amaze you and make you believe that you can produce quality, extraordinary story-telling. Sure, this company’s budget is sky-rocketing, but it’s worth the extra penny  to be taken into a different world. I HIGHLY urge you to see this production if you’re able to get a ticket, because the quality of this show screams New York City/Broadway and London West End. If not for the story itself, you can enjoy the costumes, makeup, scenery, music, and visualized backdrop paintings inspired by Victor Hugo. 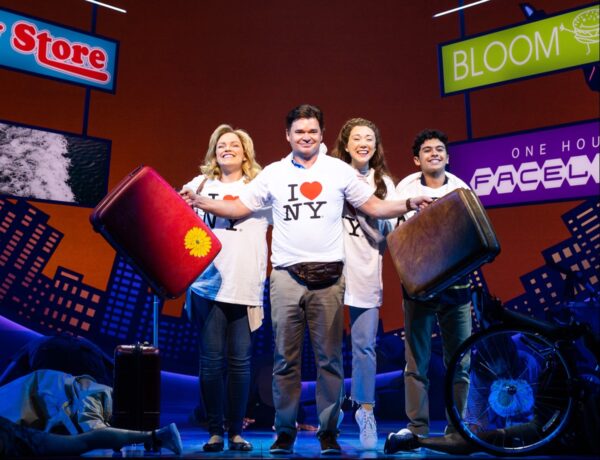 ...
Previous: It’s Gay Day at Wild Waves! Not too late to get your discount tix!
Next: Stuff To Do: Seattle Squadron Softball is getting “LeFaux’ed” tonight at Julia’s.