Everybody but the Road Runner seemed to turn up... 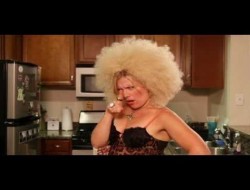 October 14, 2011 Comments Off on ElektroPOP! is the new hot thing on the Hill for Thursdays. Views: 1086 Nightlife, We Love The Nightlife

ElektroPOP! is the new hot thing on the Hill for Thursdays. The “kids” behind ElektroPOP! the new dance party event happening every Thursday night at The Baltic Room with hostess Mama Tits have been BEGGING us to come check them out. Despite the fact the majority of us at SGS tend to spend our evenings curled up at home with a pussy…cat and a Tivo full of Golden Girl reruns and the awful current season of Project Runway, we let Arden and Jimmy talk us into leaving the comfort of our own cat hair encrusted homes for the debaucheries of The Baltic Room. And, despite the fact we felt like chaperones at a high school cotillion, we had a lovely time with the cutie-pie kids shakin’ their groove thing…and we had nice opportunities to chat with Kendall and Skiddle who were both spinning last night, and the lovely Amy LaBree Ferrell, Dustin Curtis, Eric Bennett and many more, plus Jinkx Monsoon, Robbie Turner and Maxine DeLaCunt all out of drag and looking spiffy as boys for a change.

Mr. Strangeways was also subjected/drugged/enticed into participating into a juvenile little game for the masses which involved Reddi-Whip and Bubble Gum…(they used the “we need a Celebrity for this skit!” routine on me, and the first thing I thought was, “If I’m the Best ‘Celebrity’ you can get, you’re in deep doo-doo” but I finally figured that Jinkx, Robbie and Maxine all probably had the good sense to say “NO!” to their request…)

But, I’m a sport and did it…though I regretted it later when I discovered Reddi-Whip in strange parts of my body…also, Reddi-Whip starts to smell like vomit as it begins to decompose.

Also, Mr. Berry was on hand to record the disgusting display…Check out his video if you dare…it’s pretty disgusting in the “gross…people spitting up Reddi-Whip” sort of way…you’ve been warned.