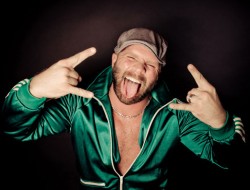 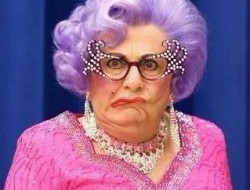 For those of you always grousing about a lack of new events to attend on the Hill, you can quit your belly achin’… Arden & Jimmy from Sinfinite Events have TWO newish events for you to sample and they’re both weekly and they’re both in the same neck of the woods.

First up: BALLS OUT BINGO! with hostess EVA ANDROGYNY at 500 East, the venue formerly known as World of Beer at the corner of Pine & Summit in that awful and ugly building that replaced the fun venues that USED to be there (the original Pony/Manray/Kincoras).

It’s a new weekly gay bingo night in the heart of the Hill and it should be loads of drunky fun with one of Seattle’s crazier queens as hostess plus zexy Steamworks as a sponsor of prizes. There’s no cover, it happens 7pm to 9pm every Wednesday, and it’s 21+.

Come join in the fun at our new WEEKLY gay bingo night at 500 East – a Social House (Formerly World of Beer) on Capitol Hill!

>> 5 ROUNDS OF BINGO CRAZINESS EVERY WEEK!

>> EXCITING PRIZES FOR EVERY WINNER!

That’s your new Hump Day Fun from Sinfinite…now for their peed upon Thursday night event. If you can remember back to the Dark Ages (aka 3 years ago or so…or, was it four?) Thursdays in Gay Seattle were BOOOOOOOR-RING; in fact, it was so long ago that the Woo Gurls and their BroFriends hadn’t ravaged the Hill yet, and it was kinda quiet and meh. Arden and Jimmy from Sinfinite teamed up with Baltic Room and wisely snagged (at that time) up and coming diva MAMA TITS and a roster of fun djs and back up entertainment, to create ELEKTROPOP! which turned out to be a huge hit and created a new vibe for Thursdays.

Elektropop was big for about a year then faded away to be replaced by something forgettable with some other tired queen, then Revolution came along with DonnaTella Howe and Company and now things have gone all “Lion King-y Circle of Life-y” and Sinfinite is now BAAAACK at Baltic Room with their new party SUGAR BEAT, (which frankly is just a renamed version of their just ended HollaBack night at Neighbours….)

SUGAR BEAT debuts this Thursday, January 15 at The Baltic Room, 1207 Pine Street at 9 pm with a terrific trio of talented queens on hand to guide you: Isaac Scott, Gabriela Scott and Felix Manchild. DJ Bret Law is deck plus you can expect lots of comely eye candy (gogo boys) and special treats and surprises including the obligatory Photo Booth.

You’re obligated to check it out….MAYBE we can recreate some of the magic of ElektroPop. Even without the presence of Mama Tits or Bill Grey and his notoriously heavy handed “COCKtails” at the upstairs bar. Mama is now a drag superstar and Bill is ….a superstar of another sort.