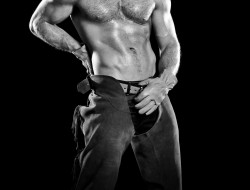 And, for the umpteenth time Seattle apparently bade farewell to the twenty year old retro dance party known as ROCK LOBSTER, the Thursday night perennial at Neighbours originally created by DJ Randy Schlager and host Mark “Mom” Finley that celebrated the iconic hits of the 1980s. Current show runner/DJ Trent Von originally closed the show a year and a half ago with a big good bye party that drew hundreds of loyal fans, many of them original and pushing 50. The success of that “aloha” convinced Von to keep the night alive at various venues before returning once again to Neighbours.

Rather quietly, Rock Lobster closed up shop last night, Thursday, April 3rd, but we have a sneaky suspicion that it’s only in a coma…you can’t keep an old whore like the 80s, down. Stay tuned for news on that front.

As for Thursday night at Neighbours, they’ve decided to move the clock and the calendar up a couple decades. Partnering with Sinfinite Events, the new Thursday night will be:

OK…Yes, SGS is media partnering AGAIN with our buddies Arden & Jimmy at Sinfinite. We’re excited about a new event for Thursday nights for gay Seattle and Sinfinite DOES know how to throwdown a par-tay. ElekroPop was proof of that 2 years ago. AND, we’re very excited to see ISSAC SCOTT exposed to a whole new world beyond LeFaux…he now has a chance to shine and become a huge star just beyond the world of celebrity impression drag for bachelorette parties. Isaac is a terrific talent and the combo pack of his skills with Sinfinite’s expertise at throwing a show and the Neighbours venue could be a real game changer for Thursday nights.
That being said, as an OOOOOOLLLLLLLDDDD timer FROM the 80s, Mr. Strangeways is very sad to see ROCK LOBSTER take a break.
A toast to that old bitch and a toast to the new young bitch on the block.
HollaBack Thursdays with Isaac Scott debuts on Thursday, April 17th.