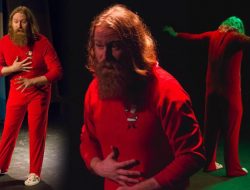 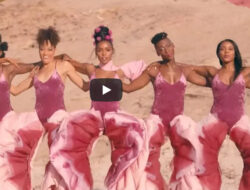 Lookin’ for stuff to do/places to go/options to drink yourself into , er, the New Year?

(Unless otherwise noted, all events are 21+ w/ID).

“Resolutions” at Union Seattle, 1318 East Union/Capitol Hill: “With no cover charge, EVER, we will be featuring Ketel One beverages for $7 and a champagne toast at midnight!” From 2pm to 2am. LGBTQ/Allies Welcome

New Year’s Eve 2019 With Dan De Leon & Anthony Griego at The Cuff, 1533 13th Avenue (at Pine)/Capitol Hill: “Come Ring In The New Year At The Cuff Seattle. On Monday December 31, 2018 DJs’ Dan De Leon And Anthony Griego Will Keep You Dancing Right Into 2019. It’s Just $20 For This Event Starting At 8 pm. There Will Be A Champagne Toast At Midnight With Limited Party Favors. Get There Early To Avoid The Line.” Mostly Men/Allies Welcome – Special Performance by Jackie Hell, THE OG Crescent Lounge Host, joined by cohort ”Potential Spam”
– Champagne toast at Midnight, your favorite dicktator Cheeto with beating stick included. ( yes we have a Trump piñata)
– No cover, ALWAYS.
-Document your last life event of 2018 before the world ends w/Keith Johnson of Parade Images.
-Dress FOR THE APOCALYPSE! New You at Queer/Bar, 1518 11th Avenue/Capitol Hill: “New Year. New You. Who will you be in 2019? Queer/bar invites you to join us on Monday, New Year’s Eve for a night to celebrate who you were and look forward to who you will become.

Start the night commemorating how far you came in 2018 with a complimentary champagne welcome hosted by Stacey Starstruck and DJ Nark. At 10pm, DJ Nitty Gritty and the sexy Seattle go-go’s will take over the dance floor to carry us into the new year. Drink and dance away whatever weighed you down in 2018 while enjoying drink specials and pop-up performances from local drag legends, La Saveona Hunt and Kitty Glitter downstairs. Head upstairs to join local queer burlesque sensation, Lucy Lips in mini/bar for premium bar options and sultry performances! Then, join the countdown to midnight, looking forward to all that 2019 has in store for you with champagne + vodka specials that will last until 2018 is auld lang syne. Finish the night and start the new year on the dancefloor, showing us all that you want the new you to be…” Mostly LGBTQ/Allies Welcome

New Year’s Eve at The Wildrose, 1021 East Pike Street/Capitol Hill: “Bring in the New Year with us!!! Champagne Toast at Midnight and a Balloon Drop with cash and Prizes! Dancing All night with DJ Jay Hines!! Seattle’s only womxyn owned bar!” Mostly Women/Queer/Allies Welcome

Bearracuda Seattle New Year’s Eve 2018/19 upgraded w/GROWLr! at Chop Suey, 1325 East Madison/Capitol Hill: “We are BACK at our original home for one night to celebrate 10 years in Seattle and count down to 2019! Very special guest DJ: Nick Bertossi (Vancouver, BC) and Matt Stands. Lights by Pacific NW Laser. Midnight Countdown and 100’s of guys ALL NIGHT!” Mostly Men

SHINE NYE 2019 at Kremwerk/Timbre Room Complex, 1809 Minor Avenue/Denny Triangle: “Join us for our 4th annual SHINE New Years Celebration at the Kremwerk + Timbre Room Complex! We’re dedicating 2019 to all things that shine brightly. We encourage you to show up and show off your glitter, shimmer, and sequin! We’re going from 9 PM – 5 AM! ” Mixed/Gay/Queer/Straight

New Year’s Eve Revolution Dance Party at Clock-Out Lounge, 4864 Beacon Ave South/Beacon Hill: “”Dig if U will …
THE NEW YEAR’S EVE REVOLUTION with Emily Nokes and Lelah Maupin (Tacocat) and Prince!” Get on your sexiest get-up + all the purple u got because 2night we’re gonna ring in 2019 like it’s 1999! Champagne toast! Prizes! And more!” LGBTQ owned/Mixed Gay/Straight Neighborhood Bar

PJ New Years Eve Party at The Lumber Yard Bar, 9619 16th Ave SW/White Center: “Come Join us in the the Hub of White Center as we ring in the New Year. Wear your PJs and Hang out with your friends listing to DJ Skiddle with a champagne toast at midnight.” LGBTQ Neighborhood Bar/Allies Welcome

Love Is The Message! at Hillside Bar, 1520 East Olive Way, Capitol Hill: “Hillside Bar and The Church of Charlatan Present: Love is the Message, A New Year’s Eve 90’s Function and Benefit for Seattle Counseling Services. Join hosts Andrew Jay and Kindra Meyer (NYC) for a 90’s club explosion. It will be a night of ECSTACY! DJ Tony Burns will make us move with a set of HI-NRG Grooves!
Money from raffle ticket and Jell-O shot sales will be donated to Seattle Counseling Services, Seattle’s LGBTQ Mental Health Organization (http://www.seattlecounseling.org/). They are going into their 50th year of helping the community! 9p 21+ NO COVER (But bring donations!)” LGBTQ Event at Gay Friendly Venue

NYE at RPlace, 619 East Pine Street/Capitol Hill: “Join us tonight for NYE! Performances from Ladie Chablis, Amora Black & Mila Skyy. Plus the Sexiest GoGo’s in the PNW. They’ll be dancing on the 1st and 3rd floors. Champagne toast at midnight and a cash balloon drop. Your favorite DJs and bar staff that have been taking care of you all year. $20 at the door. We don’t pre over sell tickets. It’s first come first serve. Get there early to avoid waiting in line.” LGBTQ and Allies Welcome There’s obviously also the big annual Party/Fireworks Show at the Seattle Space Needle…it’s on the TV and if you have a Needle view, standing out in the middle of your street is a cheap way to ring in the new year!