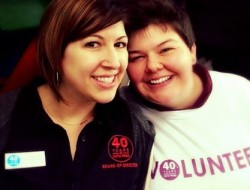 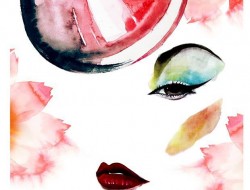 A view from the DJ Stage at PrideFest 2012. Photo: Ryan Georgi/PoseWith.Us for Seattle Gay Scene.com

Seattle PrideFest 2014 has released the ENTIRE line-up for all three stages for this year’s festival fun at Seattle Center immediately after the Pride Parade on Sunday, June 29, 2014. The Main Stage will be hosted by Aleksa Manila from 1 to 4 pm and Robbie Turner will do the honors from 3 to 6pm with many treats in store including Jackie Beat, George Takei and Heklina, PLUS Special Surprises….

Meanwhile over at the DJ Stage, it will be JUMPIN’ with a hot roster of djs, dancers and performers. The “kidz” seem to LOVE IT every year but as an old fart, Mr. Strangeways must admit it’s his favorite place to hang as well…the energy is GREAT! AND, Seattle Gay Scene will be hosting the backstage photo booth at the DJ Stage so we can bring you the hottest behind the scenes photos in town!

We’re very  excited about the Mario Diaz & BFD Crew takeover at 3pm and the Banjee Ball/B.A.D. Dance Crew party at 4:30 pm but all the sets will be smoking…but, PACE YOURSELVES KIDZ!!! STAY HYDRATED! (Note: we also have a Mario Diaz interview coming soon!)

Finally, the Mural Stage will feature an amazing line-up of talent including Noddy, Magic Mouth, AB Soto, and Night Cadet and all hosted by Portland’s Carla Rossi and DJed by Kid Amiga. The Mural will also be the sight for the evening concert starring Chely Wright and Steve Grand which will require a paid ticket. That happens from 7:30-9:30PM  MORE INFO.

Don’t forget that PrideFest also puts on OTHER events leading up to the Sunday Festival including the Thursday kick off at the W Hotel, the Saturday events in Cal Anderson Park and Saturday night’s “X” Party at Neumos. Here’s ALL your info with links for PrideFest 2014 events: