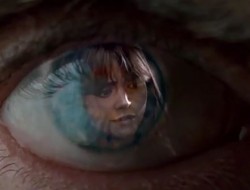 Finally! Some REAL News…The Doctor is BAAAAACK On August... 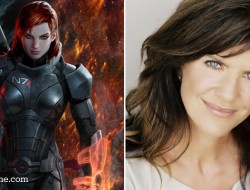 Jennifer Hale: An Interview With “Commander Shepard” & The...

August 15, 2014 Comments Off on PAX Is Almost Here (And, Sold Out) But “The Pink Party Prime” Has Room For All Of Seattle’s Queer Geeks Views: 1693 Comics, Fan Boy/Girl Land, Geek

PAX Is Almost Here (And, Sold Out) But “The Pink Party Prime” Has Room For All Of Seattle’s Queer Geeks

Seattle (and the Bay Area) are a queer geeky gaymers idea of heaven. Tons of employers MAKING games means job opportunities and fan boy/girl opportunities for the dedicated homo nerd inside many of us. It also means tons of conventions including the upcoming PAX PRIME which happens Labor Day Weekend (Aug 29 – Sept 1) and focuses almost entirely on games and gaming. It has become a huge event which naturally means it’s SOLD OUT but if you weren’t able to snag a ticket, you can still have some queer geeky fun.

Queer Geek’s PINK PARTY PRIME is back for the 6th year and this year it moves to Neighbours Nightclub in order to host the hundreds of cosplaying Spandex assed queer geeks and nerds eager to get down and party with like minded souls. Produced by new production company Jetspace, this year’s party features superstar voice over actress Jennifer Hale with  DJs Krot and Futurewife, not to mention a $1000 cosplay contest.

All the info you need including tickets!

It’s back and it’s bigger than ever! It’s the 6th Annual Pink Party, and it’s now Pink Party Prime! Bring your PAX party to our party, where you can explore drinks, game tables, dancing, and cosplay. All of the hottest queer gaymers, geeks, and nerds will be there. If you only come out of your parents’ basement once a year, then this’ll be the place to go.

Queer Geek‘s Pink Party Prime will feature actress and voice-over artist Jennifer Hale, smokin’ hot DJs Krot and Futurewife, along with gogo studs Bolt and Tyler Rush, and a $1,000 cosplay contest. There will also be a dedicated gaming space and a VIP lounge where you’ll be able to mix and mingle with the amazing Jennifer Hale, along with a VIP drink specials and a VIP gaming space featuring playable demos of the hottest new games.

*PAX attendance not required for admission.

Show up to Pink Party Prime in your cosplay finery, and you can enter to win your share of more than $1,000 in cash and prizes in the Official Pink Party Prime $1,000 Cosplay Contest! Get all the details, including prizes at pinkpartyprime.com/contest