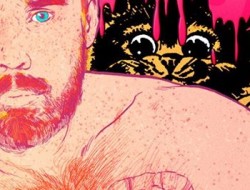 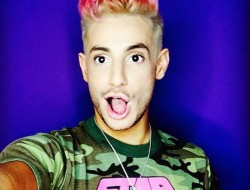 Teriyaki’s BAAAAACK And Yakking With Frankie Grande About Africa,...

March 21, 2015 Comments Off on Stuff To Do: Hot Flash…Ian Schuelke…the Eagle Turns 34 Views: 2258 Bars & Nightclubs, Nightlife, Stuff to Do, We Love The Nightlife Saturday is here in all its windy awesome Marchness.

For da Ladies Who Lika da Ladies: Hot Flash Spring Fling is going down at Neighbours from 6pm to 10pm with DJ Ricki Leigh.

Meanwhile, comedian Ian Schuelke is still DESPERATELY trying to get his own TV show via his monthly stage show at Rendezvous in Belltown. Won’t you help him out by cheering him on?

Ian Schuelke returns for another night of comedy, music, and weirdness. Will the crew be recovered from their sports drink addiction? Will Upward Thrust threaten the sanity of the show with a new product? Will Ian ever have total control over his own show?

Meanwhile, the producers of the popular filth fest, “Area 2181” are taking a break to produce a birfday party for The Seattle Eagle who turn 34 this week. They have DJs Pavone, Almond Brown and Rob Winter to satisfy your ear holes and lots of hot men to satisfy your other openings.

But, that’s not all! Tons more events over on our FABULAR Event Calendar! Go!