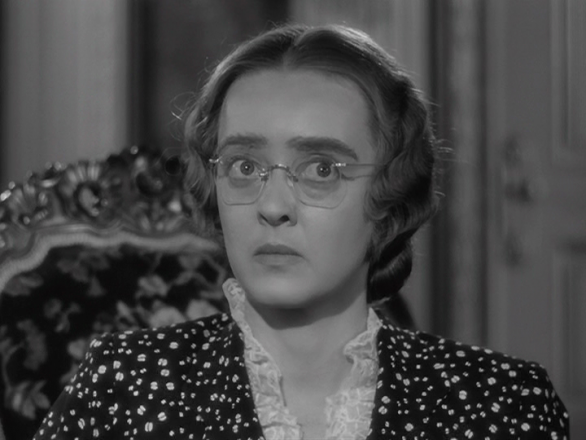 “Oh, Jerry, don’t let’s ask for the moon. We have the stars!”is the famously romantic line that ends the classic 1942 Warner Brothers’s weeper, Now, Voyager, starring Bette Davis as a frumpy heiress who through careful psychiatric help (and a make-over), overcomes her fears (and, horrid mother) to become a self-assured strong woman. It has everything you could want in a Golden Age, Hollywood melodrama: nervous breakdowns, dramatic make-overs, romance on the high seas, and confrontational scenes where people drop dead! Not to mention luscious b/w photography, gorgy gowns for Bette, and a deliriously romantic Oscar winning musical score by Max Steiner.

It’s also the second film being screened in this month’s “Queer Vision: 20/20” film series curated by Northwest Film Forum in partnership with Three Dollar Bill Cinema to present 4 films that inspire local queer artists and personalities. The films presented might not have specific queer content, but for local artist and designer MARK MITCHELL, who chose this film to represent him, the films chosen have had an influence on their development as queer artists. Now, Voyager is considered by many to be one of Davis’s finest performances and dates from her reign as Warner Brothers’ greatest female star with a string of beloved hits from her 2nd Oscar winning role in Jezebel (1938) through such classics as Dark Victory (1939), The Letter (1940), The Little Foxes (1941 and made for Goldwyn on her only loan out from Warner’s in this era), and Mr. Skeffington (1944). It co-stars the suave Paul Henreid, as her married lover, the delightful Gladys Cooper as her bitchy mother, and Davis’s favorite male co-star, Claude Rains as her psychiatrist. The film also features a brilliant performance from child actress Janis Wilson as Henreid’s emotionally troubled daughter, Tina who comes under the tender care of Davis’s character. It’s an amazingly realistic performance for a child actor of that era; most youthful performers were very artificial and stagy. Sadly, Wilson doesn’t even receive onscreen credit for her major supporting role; the actress grew tired of Hollywood and retired from film acting in 1948. She eventually settled in Spokane, Washington, where she died in 2003.

Check out the trailer!

OBVIOUSLY, Mr. Strangeways has a huge affection for this film. It’s a stylish example of Hollywood in its Golden Age and stars Bette Davis in one of her most iconic roles. Yes, it’s very old fashioned for youthful audiences, but it’s a valuable cinematic history lesson with riveting performances and superb costumes, art direction, cinematography and music. (The direction is ok….director Irving Rapper does a fine job; he’s just not a very visually interesting film maker. A competent stager, nothing more.) Yes, the drama is a bit melodramatic and Davis looks ridiculous in her fat, frumpy, monobrowed mode pre-therapy and makeover, but that just adds to the fun.

PLUS, haven’t you ever wanted to see what happens when someone tells someone to drop dead…and, then they do!

Coming up in the series: Fukasaku Kinji’s rare 1968 film Black Lizard next Thursday, June 18th and wrapping up the following week with Lizzie Borden’s feminist sci-fi manifesto Born in Flames on June 25. All films screen at NW Film Forum with a Happy Hour reception at 7pm and the screening at 8pm. 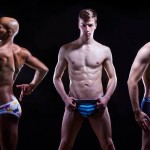 Previous: To the Lovers of the Male Form…The First Annual Seattle Boylesque Fest is Here! 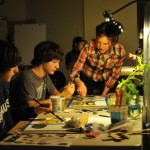 Next: Teen Art Studios is a Queer Teen Refuge