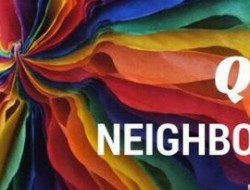 After Latest Anti-Queer Attack, Capitol Hill Gets Mad As... 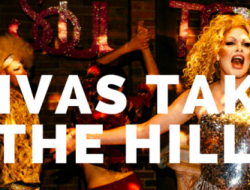 DonnaTella Howe melts in the sun at this year’s Pride Picnic. Check out Miss Howe at the 4th & Bell stage during the Parade! Photo: Adam McRoberts/SGS

Several dozen LGBTQA families gathered at Capitol Hill’s Volunteer Park on Saturday, June 13th for the mostly beloved and VERY traditional Pride Picnic annually produced by the people formerly known as Seattle Out and Proud and sponsored by various corporations.

Families enjoyed wieners, sunshine, booths shilling for the event’s sponsors and plenty of fun entertainment along the lines of “bounce houses” and featuring the extra special delight of seeing drag queen’s make-ups melting in the sun as they introduced the day’s various entertainers.

A considerable and realistic amount of nominal fun was had by most of the attendees!

Kudos to the Group formerly known as Seattle Out and Proud for yet another low key/low impact/low stress event!

The Seattle Pride Parade happens Sunday, June 28, 2015 with Mama Tits and Chi Chi LaRue as the hosts/announcers at West Lake Park. Mama Tits and her “Mimosas with Mama” crew will also perform at the pre-Parade show that morning. The hula hoops enjoyed by many of the families attending added an extra air of 1962 to the proceedings! Like a church picnic in Pocatello circa the Summer of ’62!!! Photo: Adam McRoberts/SGS