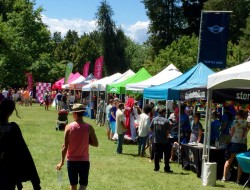 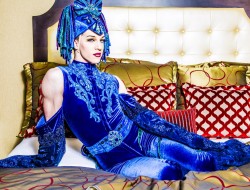 The Team Diva Divas are TAKING the Hill and kicking off Pride (and helping out a great cause) this Thursday, June 18th.

Again, we’ll state the obvious about “time flying” and “it seems like just YESTERDAY that Team Diva Real Estate Hosted Their FIRST Pride Party/Fundraiser!!” Well, that “yesterday” was FIVE freaking years ago and since then, lots of things have changed around here. Team Diva has become THE go to realtors for Seattle’s LGBTQA community and they’ve raised lots of money for area charities (including Three Dollar Bill Cinema and Inspire Youth Project) with their annual June parties.

The first party was TINY! They had it at Retail Therapy on Pike Street and raised $1300. Jinkx Monsoon was part of the entertainment and she was so new, Monsoon Season hadn’t even begun to start blowing across the horizon. DonnaTella Howe was so young, her boxy hips were still enshrouded in Pampers!! Kitty Baby was in utero!

NOW, things are so very different. The 5th “Divas Take The Hill” event is happening THIS Thursday, June 18th at 7pm at the gorgeous new arts space 12th Avenue Arts (1620 12th Avenue off of Pine) with a bevy of terrific performers including original stars, DonnaTella Howe and burlesque star, Kitty Baby, plus with the added charms of Sylvia O’Stayformore and DJ Tony Burns!

This year, the Divas want to raise $5k for PSKS, formally known as “Peace for the Streets by Kids from the Streets“ a group advocating and aiding queer homeless youth.

MORE about the event and PSKS :

Divas Take the Hill has become the premier Gay Pride Kick Off party on Capitol Hill. It is your only time you can see the city’s best drag, burlesque, and GLBTQ talent in ONE spot before they hit the road entertaining the masses in the Pacific Northwest. This year all of the proceeds from the event go directly to PSKS. We may have gay marriage in Washington State but kids are still being kicked out onto the streets by their parents because they are gay, queer, questioning, or escaping a really horrible family situation. It is not right and we need to do something about it!

PSKS is on Capitol Hill helping our younger community get their GEDs, being a safe place to come and finally be themselves, and they finally have an overnight program. PSKS is really one of the few spaces that is created by the kids on the streets for kids on the streets. Their model has helped hundreds of kids over the years overcome hardship that many of us will never know. All of their programs are focused on the kids and not on our own rigid standards of what these kids “need”. One of the big projects we are excited about is PSKS new overnight program. There are very few places a young person can go in this city to be safe. And a personal fav, is that they allow the kids dogs to spend the night with them in their overnight program. No pooch is left on the street!

MORE info about the event AND the Divas, themselves, Chavi and Kim and the rest of the Diva Team!