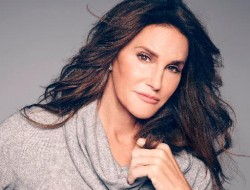 August 27, 2015 Comments Off on “Empire” in the original, “The Lion In Winter” now on stage at SecondStory Rep Views: 4845 Arts & Entertainment, Stage

“Empire” in the original, “The Lion In Winter” now on stage at SecondStory Rep Eleanor Moseley is Queen Eleanor and Patrick Dizney is King Henry in SecondStory Rep’s production of “The Lion in Winter” onstage in Redmond through Sept 6, 2015. Photo by Michael Brunk / nwlens.com

(In fact, have you ever seen Empire? Did you realize it was based on the same dysfunctional family?)

The Brits and French had plenty of awful family relationships, and lots of fights over rights of succession. In fact, some of their family fights ended up involving lots and lots of little people as they were forced to join armies and march on each other to secure the next kingship. Sometimes, we just have to be really glad we live in a democracy where changes of power are relatively bloodless!

James Goldman wrote about King Henry II, his strong-willed wife, Eleanor, and his three sons vying to be king after his death, in The Lion in Winter (1966). He followed that with a screenplay version with celebrated performances by Peter O’Toole and Katharine Hepburn.

It’s set at Christmas time with a family gathering. King Henry has allowed his estranged wife, Eleanor, to get out of jail for the holiday. Eleanor has been locked up at Henry’s order for ten years, periodically given a few moments of freedom.

Their son, Henry, who was king by right of inheritance, has recently died, leaving Richard, Geoffrey, and John to vie for the crown. Henry knows that Eleanor is desperate to have Richard chosen, while Henry wants to give it to the youngest, John.

This Christmas, Henry has invited King Philip II of France to visit his sister, fostered long ago to King Henry’s court. Alais has grown and become Henry’s paramour, though she is promised to Richard as a wife. It becomes increasingly clear that she is a pawn with absolutely no power over her fate.

SecondStory Rep has mounted a strong production with excellent cast members, particularly in the roles of Henry and Eleanor. Patrick Dizney is rarely seen on stage locally, but he makes a robust appearance as Henry. He embodies the strong, but aging king, who enjoys the machinations around him, and really wants to win at this game of “who gets to inherit.”

Eleanor Moseley also is performing the role at exactly the right time for her. She looks radiant (in Jocelyne Fowler’s beautiful costumes), yet a bit haggard, as she tries to outsmart her husband every way she can. In the play, Eleanor of Aquitaine is presented as loving her husband, yet unable to bring his focus back toward including her in his life, so she is forced to play the best game she can.

Moseley brings all that ambivalence into play, and the script makes it difficult to know when she’s telling what she really feels and when not. In fact, the play never resolves any of it. History would show that John did become king, though not till several years after this horrid Christmas celebration, and after his brother Richard became king and then died. You can Wikipedia the whole bloody mess.