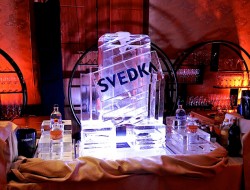 August 28, 2015 Comments Off on Weather Permitting, You Should Get Wet at Wild Waves Views: 3223 Family Friendly, Fundraisers, Living, Outdoors Frankly, Mr. Strangeways doesn’t get weather reportage and forecasting in the Pacific Northwest.

It’s supposed to be raining right now, and it’s not. When I went to bed last night at 2 am, the forecast was predicting a 70% of showers mid morning for Friday, August 28th, for Seattle.

I’m from the Midwest where weather folks are usually about 75% right about impending weather. HERE, they are NEVER right.

We NEEEEEEEED the rain!

I’m digressing (and, very fussy) but weather is important if you want to do certain things….like go to Water Parks in the Pacific Northwest. And, the (semi) annual “Gay Days at Wild Waves” event is scheduled for THIS coming Sunday, August 30, 2015 as an event for the Imperial Sovereign Court of Seattle to raise money for Camp TenTrees.

So, hopefully it rains SATURDAY (we need it, especially to help put out the forest fires) and it’s lovely Sunday for this day at the park.