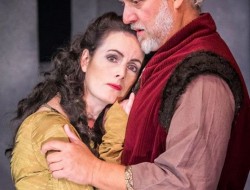 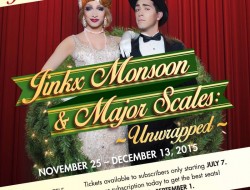 Tickets start at $50 and go up to $500 for VIP that includes a meet & greet and photo opportunity with Ms Jenner.

Caitlyn captured the world’s attention earlier this year when Bruce Jenner went on national television to confirm Jenner is a transgender woman. The resulting media splash has made Caitlyn a superstar; the “20/20” special on ABC drew huge ratings and Caitlyn’s cover story on the July cover of Vanity Fair was the biggest issue for the magazine in years.

Jenner’s E! reality TV show “I Am Cait” debuted to high ratings this summer but has rapidly lost viewers as the show focuses on Jenner’s introduction to her new life and meeting other members of the transgender community. Some community leaders have criticized Jenner and the show for focusing too much on celebrity and fashion/personal appearance.

On a recent podcast Against Me!’s Laura Jane Grace and transgender activist Genesis Breyer P-Orridge talk about Jenner’s new role as a self-proclaimed leader of the transgender community.

Genesis: “Apparently Caitlyn is already saying things like, ‘It’s so difficult being a woman and having to decide which designer gown to wear when you go out at night’… That’s not being a woman, that’s being a glamorous Hollywood figure and that’s not how it is for most people. There are lots of teenage kids on the streets of New York who are hustling and risking AIDS because they need to get money to transition, and they’re prepared to risk their lives because it’s such a deep need, and they don’t have that back-up system.”

Check out the entire podcast on Dangerous Minds.