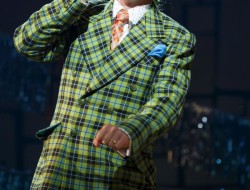 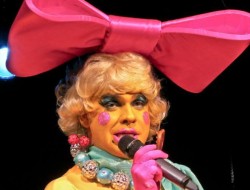 The Queen Of Video Game Comedy Returns To Re-bar:...

It’s the same age as that “EVIL” Amazon.com!

The totally non-evil Three Dollar Bill Cinema is also turning 20 and throwing the 20th annual Seattle Lesbian & Gay Film Festival from October 8 to the 18th which REALLY isn’t that far away.

You can save big bucks on Festival passes if you buy now. If you plan on seeing a lot of movies, it really makes sense to grab the Full Series Pass at early bird prices…It’s only $190 for Three Dollar Bill members.

And, the Party Pass is only $69 for Public/$65 for Three Dollar Bill members and you get treated like the huge Queen/King that you are, at each of the Gala Screenings: Opening Night, Closing Night and the three Centerpiece films. It’s a HUGE 40% savings off of individual ticket pricing for these events! If you love the “Big” films and parties, it makes a lot of sense to grab the Party Pass now.

These cheap prices are only available through the end of August! So hurry!

‪#‎SLGFF20‬ announces their program on September 17th. We’ve heard rumors about a few films and events. Through the grapevine, we’re aware that Sylvia O’Stayformore is involved with SOME SPECIAL EVENT. And, birds tell me (meaning voices in my head, since I’m a producer on the film) that it’s VERY likely a certain documentary about a certain RuPaul’s Drag Race winning Seattle drag superstar will play at some point during those 10 days….

Until then, you can enjoy Three Dollar Bill’s Summer Outdoor Screening Series, “Bedtime Stories” and this Friday’s (August 28th) featured film, “The Neverending Story”. It’ll start around 8:40 pm, in Cal Anderson Park on Capitol Hill, but get there EARLY to snag a good spot and to enjoy the pre-screening fun with host Elicia Sanchez with music by DJ Mixxtress (Kendall’s DJ and Event). It’s FREE and open to the public. There’s also a chance for rain that night; check the Three Dollar Bill Facebook page and/or Seattle Gay Scene for updates if the weather looks questionable.