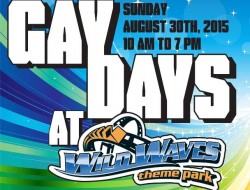 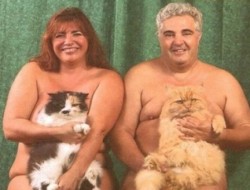 Gather Your “Chosen Family” Together For A Portrait Photo... Svedka is the big sponsor for 2015’s GSBA Cocktail Contest at The Foundry by Herban Feast on September 24, 2015.

Arguably one of the most popular events put on by the Greater Seattle Business Association (aka the GSBA, aka Seattle’s LGBTQ & Superfriends Chamber of Commerce), the 2015 GSBA Cocktail Contest sponsored by Svedka Vodka is just around the fallish corner, happening on Thursday, September 24, 2015 at The Foundry by Herban Feast in lovely SoDo, (aka 4130 1st Avenue South). A slew of local cocktail bars/lounges are lined up to vie for the honor of creating the starring cocktail at the GSBA’s other monstrously popular fallish event, the TASTE OF GSBA which happens November 21st at the Sheraton Seattle.

This year’s Cocktail Contest is hosted by the lovely Robbie Turner, freshly recovered from her devastating alleged ankle injury in July which required 5+ weeks of AGONIZING recovery, some of it allegedly rumored to be in Southern California…or, maybe not.

If you want to GO to this fun event, then you either need to PAY or DONATE at least a $50+ bottle of nice wine. ALL the details are below…you need to get off your tooshie and do it soon, though. This is a very popular party and can quickly fill up!

TONS more details below including the list of participating bars and dining establishments…sadly, there isn’t many gay bars on there.

Are they not supportive of the community? What’s up with that locally owned gay bars and owners?

Or, do we somehow blame the evil Amazon.com for this travesty?

Join our cast of local bars and host, Robbie Turner, as they create show stopping craft cocktails. Vote for the cocktail that will have a starring role at the 2015 TASTE of GSBA.

Admission is a bottle of fine wine valued at $50 or more per person or register online here to pay $35 per person. Donated wine will be auctioned off at the 2015 TASTE of GSBA.

Please RSVP by September 15th. If donating wine RSVP by email to: office@thegsba.org.