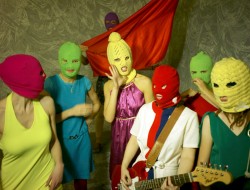 Pussy Riot Heads To Seattle’s Neptune Next Week To... 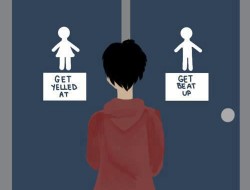 So You’re Free to Be Who You Are…Just Not... It’s been awhile since we’ve had to report on a death at an area bath house, but sadly, a man died late Tuesday night at Club Z, a gay men’s bath house at 1117 Pike St. Paramedics were called to the scene at approximately 11:50 p.m. but the man, described as being in his 30s, was beyond resuscitation according to KOMO TV.

Club Z had a bad run of deaths at the sex club back in late 2011 with two men dying in the steam room, just a few weeks apart. At that time, we issued a stern-ish warning:

“Drugs/Booze, Risky Sex and Steam are not a good mix.” Bathhouses can be fun outlets (we’re the last people to be judgmental about the baths…) but be smart when you play.

And, while we don’t have confirmation if this was a drug overdose, or if it was, what was the drug(s) that caused it, we did just get alerted to this alarming bit of news via Poz.com: Meth use is rising in NYC, especially among young gay men. From the post by Peter Staley:

Bad news, guys. The percentage of gay men using meth is rising again, especially in New York City. There’s only one study that has consistently surveyed gay men about their meth use over time — the CDC’s National HIV Behavioral Surveillance (NHBS) study that surveys gay and bisexual men every three to four years in twenty U.S. cities with high HIV prevalence.
In 2010, I reached out to the principal investigators in three of those cities — New York, San Francisco, and Los Angeles — to see if meth use had dropped since the burst of anti-meth activism launched by the gay community in 2004. I reported the dramatic drops that occurred between 2004 and 2008, and fortunately, that good news was confirmed by the 2011 survey as well.
But since then, there have been many anecdotal reports of rising meth use in New York City, especially among younger gay men. So last week, I asked the health departments in all three cities to provide their 2014 results, and they confirm the anecdotal reports.
Meth use by gay men in the New York City has more than doubled in just three years.