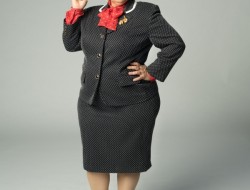 Writer Paul Lisicky To Give Reading At Elliot Bay Books Out novelist and memoirist, Paul Lisicky will be appear at Seattle’s Elliot Bay Book Company on Friday, February 12, 2016 at 7pm to read from his most recent work, a new memoir entitled The Narrow Door: A Memoir of Friendship (Graywolf Press). The book, which just received a rave review in the New York Times, examines two of the principal long-term relationships in Mr. Lisicky’s life and how both those relationships ended. Both of these entwined stories will have meaning for many gay men; one is about the break-up of the author’s marriage and the other concerns the complicated relationship with a difficult and sometimes maddening female friend who died of cancer.

In The Narrow Door, Paul Lisicky creates a compelling collage of scenes and images drawn from two long-term relationships, one with a woman novelist and the other with his ex-husband, the acclaimed poet, Mark Doty. The contours of these relationships shift constantly. Denise Gess and Paul, stretched by the demands of their writing lives, drift apart, and Paul’s romance begins to falter. And the world around them is frail: environmental catastrophes like the Deepwater Horizon oil spill, natural disasters like the earthquake in Haiti, and local disturbances make an unsettling backdrop to the pressing concerns of Denise’s cancer diagnosis and Paul’s impending breakup. Lisicky’s compassionate heart and resilience seem all the stronger in the face of such searing losses. His survival–hard-won, unsentimental, authentic–proves that in turning toward loss, we embrace life.

Some of the reviews:

“[The Narrow Door] is very beautiful… Lisicky has a gift for understanding suffering, an added bundle of receptors for understanding loneliness…. [Gess] glows on the page, looking for all the world like a woman who’s swallowed the moon.” –Jennifer Senior, The New York Times

“You know you’re reading an exceptional book when, approximately two sentences into it, you start panicking at the thought of its ending. Be forewarned: This is likely to happen to you, as it did to me, reading the opening pages of The Narrow Door, the achingly gorgeous, wildly ambitious memoir by Paul Lisicky.” —Meredith Maran, The Chicago Tribune