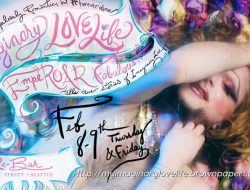 Do It: Go See EmpeROAR Fabulous!!! And Experience “My... 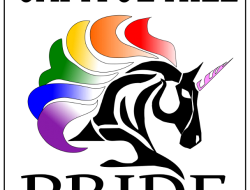 André Aciman, the acclaimed author of “Call Me By Your Name” which was very successfully filmed last year and has already won a slew of rave reviews, numerous awards and is up for several Academy Awards, will be in Seattle on Tuesday, February 26th for a reading event at Elliot Bay Book Company on Capitol Hill followed by an after party and meet & greet at Queer/Bar.

Mr. Aciman is an award winning writer and academic and despite the fact his novel has been praised for its authenticity in depicting a love affair between two young men, the author himself is a straight man married to a woman and they have three children. The beauty of Mr. Aciman’s prose as it depicts the summer of 1983 where 17 year old Elio pursues one of his professor father’s graduate students, 24 year old Oliver at their beautiful Italian countryside villa has attracted thousands of devoted readers since the novel’s publication in 2007. Gay Italian film maker Luca Guadagnino took on the direction of the film version after the book was optioned for filming by noted gay British director James Ivory who wrote the screenplay. Ivory eventually backed out of directing the film but remained as producer in support of Guadagnino. The Italian filmmaker is so enraptured by the story of Elio and Oliver he has announced he hopes to make at least one sequel and perhaps a series of films about the characters despite the fact that in the novel, Elio and Oliver are only coupled for a few weeks.

This collaborative event between Elliot Bay Book Company and Queer/Bar is free to the public. The book store reading starts at 7 pm with the reception to follow at Queer/Bar as part of their “Queer/Hall” initiative to create:

A meeting place in the heart of Capitol Hill, Queer Hall fosters an engaged community through civic, social, and educational conversation that inspires empathy, pride, and positive action. All our voices need to be heard.

It should be noted that the reception at Queer/Bar is a 21+ event. Novelist and academic André Aciman, author of “Call Me By Your Name” will visit Elliot Bay Book Company and Queer/Bar on Monday, Feb 26, 2018

For more information on Mr. Acimen, check out this interview he did recently for Lambda Literary where he discusses the writing of the novel and the film adaptation and answers a frequently asked question:

Brandi Spaethe/Lambda Literary: What was it like being somebody who doesn’t identify as gay to write a story about two men falling in love? Is this something that you get asked about a lot?

André Aciman: It is something I get asked about all the time and in many, many ways because the description of the act is so precise. If I’m going to describe the emotions accurately and as finely as I can, then I’m going to have to describe the act itself as accurately and as finely as I can. So people say, where did you get that experience? I never answer that question, because I don’t want to go there. However, everything that I write about is essentially furniture that I either borrow from people, or from my own life. I take what people have said to me. I take things from books, especially from books, and I cobble it together to create what I make. Whether it comes from my experience or not is irrelevant. It becomes true even if it never happened and people react to it as if it was absolutely true for them. And that is where it matters the most.

Go here for the full interview.