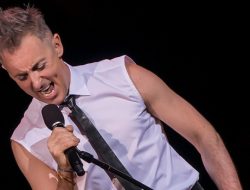 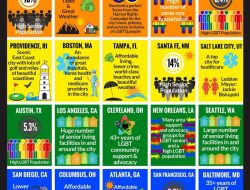 Seattle and Portland Make List For Top Cities For... Several familiar names were on the just announced list of members of Mayor Jenny Durkan’s Small Business Advisory Council created by the new mayor and her administration to advise the city on the impact of city policies and procedures on local small businesses. Names included several familiar to anyone who lives on or visits Capitol Hill, the city’s traditional LGBTQ neighborhood with ice cream shop owner Molly Moon, Terra Plata owner Linda Morton and Queer/Bar owner Joey Burgess all on the new committee for two year terms.

These three plus 7 other names on the list are all members of the Greater Seattle Business Association. Via the GSBA:

GSBA is proud to see a fantastic list of small business owners that reflect a diverse range of sectors, demographics, and geography. We are particularly proud of the ten GSBA member businesses who have been named to this council for the inaugural two-year terms:

Here’s the full release from the city:

Council Will Provide Policy Recommendations to City, Recommend Resources to Businesses to Help Them Thrive Amid Growth, Affordability Crisis

SEATTLE (Feb 2) – Mayor Jenny A. Durkan today announced the members of the City’s new Small Business Advisory Council (SBAC), a group tasked with ensuring small businesses have a role in informing policies and programs, and have the access to resources they need to thrive and be part of the solutions to the challenges of growth and Seattle’s affordability crisis. The SBAC, established by Mayor Durkan in an Executive Order in November, will provide input on the impact of City decisions, make policy recommendations, and help increase access to tools and resources available to small businesses including arts and culture organizations. The inaugural meeting of the SBAC will be held on February 21, 2018.

“Inventing the future and maintaining vibrant neighborhoods means supporting the tens of thousands of small businesses that call Seattle home,” said Mayor Durkan. “With the creation of the Small Business Advisory Council, Seattle’s diverse and innovative small businesses will have a meaningful voice in City Hall. They will be a great help in crafting solutions to our City’s urgent challenges of affordability and growth.”

Small businesses account for more than half of all jobs in Washington State and employ nearly 200,000 people in Seattle. There are approximately 36,500 businesses in Seattle with fewer than 50 employees.

The Small Business Advisory Council will create City-wide strategies to promote the interests of Seattle’s small businesses and develop specific recommendations in the following areas:

The SBAC is composed of City leaders and business owners from across sectors and industries, including but not limited to retail, manufacturing, technology, and professional services. The Council’s members represent businesses of varying size, stage, and structure; neighborhoods from across the city, and will provide a platform for under-represented entrepreneurs, including women, LGBTQ individuals, people of color, immigrants, and refugees.

In addition to small business owners, two ex officio members will serve on the SBAC: Seattle City Councilmembers Lisa Herbold and Teresa Mosqueda, who were nominated for these positions by Council President Bruce Harrell.

Councilmember Teresa Mosqueda (Position 8, Citywide) said, “When small businesses are strong, Seattle is strong; when workers thrive, small businesses thrive. I am excited to join this Council, and learn of great examples to support small and micro businesses – such as the Micro Mercantes program in Portland – while we continue to ensure the strong worker protections we have won in Seattle are maintained and expanded. Through this work, I know we can implement actionable programs to provide a foundation for women and minority owned businesses to flourish in all parts of our city.”

The members of the SBAC will serve a two-year term and include: