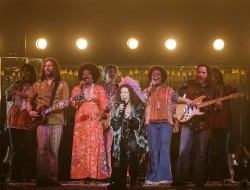 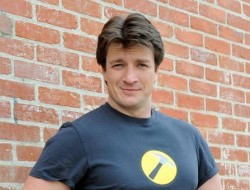 At least in Seattle Theaterland, many local companies are committing to staging newer theater works and fewer “classics”. It wasn’t that long ago that the majority of theaters would forge seasons that tended to feature, at best, a roughly 50/50 split between newer and older work, or even 75/25 with that tilting in the favor of tried and true classics from the past. Only young fringe theaters would dare only do seasons comprised of “unknown” plays from new playwrights.

That’s changed drastically in the last couple years. Seattle Rep had one “classic” production (Miller’s A View From The Bridge) this season. ACT’s current season also has one older show, Dangerous Liasons, scheduled for this fall. And, even smaller companies are going the same route with ArtsWest, Seattle Public and others sticking to a roster that primarily includes plays and musicals from the last 5 years.

Two of those newer works (both dating from 2011) debuted locally last weekend. Both are interesting new plays by promising playwrights. But, one is a stronger work than the other…

We’ll start with Seattle Public Theatre’s The Other Place, by Sharr White, a brisk paced drama focusing on a very difficult woman with a very serious problem.

Juliana Smithton is a 52 year old married drug company scientist who’s well known for her tart, take no prisoners attitude towards colleagues and family. While at a convention in the Virgin Islands where she’s to give a talk, things begin to go seriously wrong as she begins to lose her memory and cognitive functions. After having a “spell” she’s convinced she has a brain tumor and declares that several members of her family died from brain tumors relatively young. Her relationship with her husband begins to unravel while she simultaneously begins to mend fences with her estranged daughter who ran away from “the other place”, Juliana’s family cottage on Cape Cod that Juliana regards as a refuge.

But, things aren’t all that they seem and incidents that appear to be “real” may actually not be actually happening. The play gradually reveals the truth around many of the mysteries in Juliana’s life including revelations of family tragedy and a denouement that places Juliana’s health issues in a different context.

Sharr White is a major emerging American playwright. The Other Place was his Broadway debut (starring Laurie Metcalf who was nominated for a Tony) and his follow up play, Annapurna (recently staged by Theatre 22 in its Seattle debut) also won critical approval. Mr. White’s sharp wit and talent for creating snappy dialogue are a huge plus in his work, as is his refusal to not shy away from creating “tough” characters that aren’t necessarily likeable. Juliana is, on first glance, a bit of a bitch who’s nasty to colleagues and family. But, as White reveals the layers of the character, she blossoms into a fully realized and very complicated woman, imperfect but vulnerable and realistic. It’s a strong play and Mr. White is a major American playwright.

Seattle Public’s production is also quite strong. This play is really a one woman show…the husband is present and two other actors, a barely used male actor and a female actor who plays 3 rather important supporting roles. One of Seattle’s most gifted actors, Amy Thone, is playing Juliana and it’s a riveting performance; flinty in the beginning of the play and emotionally poignant by the end. But, there’s also something a bit off with some of the transitions between segments of the one act play…at times they feel a bit awkward and jarring. I think part of that “jarring” effect is written into the play as we bounce back and forth between Juliana’s different and contrasting trains of thought but it’s also…a bit clunky at times. The last quarter of the play, when Juliana actually visits the “other place” feels more sustained. Again, this is perhaps intentional but…I’ll just say that from a writing, directorial and acting choice standpoint, that the end of the play is the strongest component of the production. It’s also aided by the superb lighting design by Paul Arnold and the beautifully designed projections by Ahren Buhmann.

Mr. White also writes great roles for women. Juliana is obviously a dream role but the role of “The Woman” who plays several characters including a doctor, the long lost daughter and the current owner of “the other place” is also a terrific opportunity and Jocelyn Maher is very good at tackling all those vastly different characters. The other male actor doesn’t get as many opportunities (though John Bianchi does a nice job with the ones given) and Ray Gonzalez also does fine work as the husband, Ian, he also doesn’t have much more to do than be supportive of Juliana. The Other Place is definitely a showcase for female actors.

It’s also a good production of a good play and one easily recommended for theater goers who seek out well done contemporary drama that explores topical themes with wit and poignancy. It, and Sharr White are ones to watch out for.

Meanwhile, back on Capitol Hill, another new play (and one that also dates from 2011) has its Seattle premiere. It’s Belleville, a play by Amy Herzog and it’s produced by MAP Theatre, who are coming off the huge success of their prior production, last fall’s excellent German P.O.W. World War II drama, The Art of Bad Men. Ms Herzog is perhaps best known for her play, 4000 Miles, which was shortlisted for the Pulitzer Prize and had its Seattle premiere in 2015 at ArtsWest. 4000 Miles was a moody charmer about a confused young millennial bonding with his grandmother while coping with his grief over a tragedy. Belleville is something completely different; a moody psychological neo-thriller about a dysfunctional American couple living in the boho charming Parisian neighborhood of Belleville and dealing with a number of secrets and lies.

Belleville is obviously a project near and dear to MAP’s heart…it’s directed by MAP’s co-founder, Peggy Gannon (who’s also an excellent actor) and stars the other co-founder, Brandon Ryan as the lead male character Zack. It’s also an example of the mistakes a tiny theater company can make if they choose material not well suited for that theater company….despite how much they love the material.

To start with, Belleville, the play, is problematic. It’s a psychological “thriller” of sorts, about a rather dim American couple (Zack, a doctor and his wife, Abby, who teaches yoga while still coping with the loss of her mother and the depression resulting) who are in Paris for rather dim reasons. I’m not gonna be “that spoiler guy” but the reasons aren’t very logical. Most of the mysteries revealed in Belleville aren’t very realistic or believable. (Yes, yes…I know. Suspension of disbelief. But, there ARE limits to how much disbelief one can “suspend”) Zack has secrets (really dumb ones) and Abby is…well, Abby is just a mess. Amy Herzog is having some fun here with the stereotype of “ugly Americans” living abroad, but these Americans are so stupid and not at all likeable or interesting enough to sustain even a short play like Belleville.

This production itself, is also problematic. Both Brandon Ryan and his co-star, Kiki Abba are terrific actors, but they’re terrific character actors, noted for their comedy work, and here, they are in roles that really require traditional, generic, “lead” actor types. Both actors are unique talents with huge amounts of stage charisma but these characters are supposed to be rather opaque as we gradually reveal all their mysterious layers to reveal the crazy stuff underneath. With Mr. Ryan and Ms Abba, their quirky personas pretty much give the game away, from the get go. It’s like Jack Nicholson in “The Shining”, who’s great fun in the role, but in reality the character he plays should gradually turn “mad” instead of being crazy from the get go…but, that’s what you get when you cast a type like Jack Nicholson. It alters the intent of the writer for that character and that story…the result might be ENTERTAINING but it’s not right for THAT story. I’ll argue that’s a central problem here with this production of Belleville….and, I’ll say it yet again: Love these two actors but I don’t thing they’re right for this piece. They both give strong performances but I never for a moment thought they could pass for a “doctor and his bourgeois wife” living in Paris. Instead, I just kept thinking, “if Brandon Ryan and Kiki Abba were actually in Belleville, France, they’d be having a helluva good time…”

There are two other actors in Belleville, the husband and wife downstairs landlords, who are Franco-African. This couple is deliberately written to be the sweet, sane, “normal” couple in contrast to the nutty, dysfunctional Americans. It’s a rather labored and awkward bit of writing on Ms Herzog’s part…obvious and trite. Tamron Harrison and Mia Tesfay are both attractive and charming actors but the roles are bilingual and the actors don’t seem to be up for that aspect of their roles.

Again, a huge fan of MAP and the talents involved, but I just don’t think Belleville is a very good play, or the right play for this company. If you don’t think too hard about the logic of it, it’s modestly enjoyable (as illogical thrillers go) but the talent involved in this production could be better used in other, better written pieces of theater. And, Amy Herzog will hopefully go on to write better plays than this.