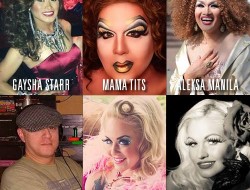 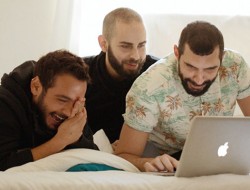 #SIFF Hosts “Bring Your Dog To The Movies Day” This Weekend SIFF is hosting a very special event this Saturday and Sunday at The Uptown…it’s “Bring Your Dog To The Movies Day”! Who hasn’t had the urge to bring their wiener dog to see the latest “Star War” or their inbred Airedale to check out the newest twee Wes Anderson overly art directed self indulgence?

This weekend’s event doesn’t feature Chewbacca or Bill Murray, though. But, it DOES feature a screening of the film “Rescue Dogs” at noon on Saturday, April 2nd and Sunday, April 3rd. AND, SIFF is also teaming up with their across the street neighbor, MUD BAY and EMERALD CITY PET RESCUE on both days from 11am to 3pm, to offer up free dog treats AND a weekend adoption event if you’re on the hunt for a new fuzzy friend….of the four legged variety.

Snag tickets here and more info down below!

Treat your dog and your family to a one-of-a-kind viewing experience of Rescue Dogs and support Emerald City Pet Rescue during special B.Y.O.D. (Bring Your Own Dog!) screenings of this new kid-friendly comedy featuring real rescue animals in starring roles.

Rescue Dogs is a comedy of errors and manners that follows Tracy and his rescue dog Charger as they attempt to foil the plans of an evil businessman who wants to knock over their beach restaurant in order to build his golf course. Featuring real rescue dogs (and a rescue cat and a rescue hamster) as the lead characters, this heartwarming story shows how rescue animals can sometimes return the favor by saving their owners with their unconditional love and care.

Special thanks to our partners for this special event:

Busted Buggy Entertainment, producers of Rescue Dogs, are donating 20% of the proceeds from these screenings to Emerald City Pet Rescue.
BarkHappy, the innovative app for connecting with other dogs and dog-friendly businesses, will be on hand with raffle prizes, including the chance to win a GoPro camera kit for your dog.
Mud Bay Uptown will have dog treats at the theater and host Emerald City Pet Rescue for a weekend adoption event, Sat & Sun from 11:00am–3:00pm.

Included in the weekend-long event are drawings for HUGE Raffle Prizes from a GoPro & Dog Harness from BarkHappy to an awesome gift basket from Mud Bay!

Emerald City Pet Rescue exists to rescue abused, neglected, and homeless animals from high-kill shelters around the country and place them into loving forever homes. ECPR is run by dedicated staff and volunteers who give their time and resources to house, train, rehabilitate, transport and care for these animals.

Mud Bay began in 1988 when Elsa Wulff bought a tiny farm store, selling a little bit of everything. The company began growing when they started focusing on selling healthy nutritional products specifically for cats and dogs. They also work in support of Puget Sound animal shelters through their shelter partnership program and donate to organizations that contribute to the welfare of animals.

BarkHappy is the brainchild of founder Ninis Samuel. After he adopted his dog Kerby from a rescue shelter, he would take Kerby everywhere with him, from small errands in the city to cross country flights. However, there was no single site or app out there with good information of dog friendly places to take Kerby. Hence, Ninis combined his background in technology with his passion for dogs to create BarkHappy and help every dog like Kerby be happier and live a more active social life.