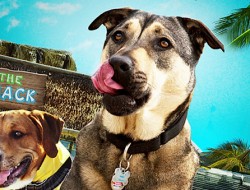 #SIFF Hosts “Bring Your Dog To The Movies Day”... 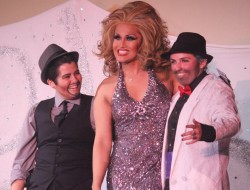 ORIENTED, directed by Jake Witzenfeld, is a documentary with a queer focus screening at the Seattle Jewish Film Festival on Sunday, April 3, 2016.

Seattle, the City of a 1001 Film Festivals, will welcome the Seattle Jewish Film Festival to town for the 21st year, starting this Saturday, April 2, 2016 for a 9 day run of screenings and events at AMC Pacific Place, SIFF Cinema at The Uptown and the Stroum Jewish Community Center on Mercer Island. Some of the highlights will include the area premiere of actress Natalie Portman’s directorial debut, A Tale of Love and Darkness and a screening of the queer Israeli film,  ORIENTED, directed by Jake Witzenfeld on April 3rd with a screening at AMC Pacific Place. ORIENTED “follows three gay Palestinian friends in Tel Aviv as they explore their national and sexual identities, relationships with Israeli friends, and their families of origin.” The documentary film will feature a Q&A with director Witzenfeld (via Skype) moderated by  Danni Askini, Executive Director of Gender Justice League. Grab tickets to Oriented, HERE!

More info on all the events/films!