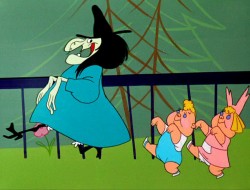 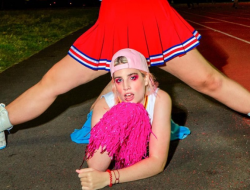 She’s coming to town this weekend, (Saturday, November 2nd) for a big show at Stroum Jewish Community Center on Mercer Island (tix HERE for that) but actress/singer/writer/podcaster/comedian/provocateur SANDRA BERNHARD took 5 minutes to answer (most) of the questions in our shameless ripoff of the “Proust Questionnaire” (go here to find out what THAT is…)

Oddly, one question she didn’t answer involved giving her a chance to PLUG all the things she is working on currently including the reason for her appearance in Seattle, QUICK SAND the name of her current live music/live comedy cabaret show she’s touring the country with right now (ending up at Joe’s Pub in NYC for the holidays) but she also has her radio show SANDYLAND on Sirius Radio and a recurring role on the hella beloved FX show POSE where she plays Nurse Judy Katz who works with HIV/AIDS patients. AND, of course we adore her for her many appearances over the years in things like her breakout work in Scorsese’s THE KING OF COMEDY and on ROSEANNE and lots of other TV shows and films.

Here are the questions and Sandy’s answers…

SGS: What is your favorite vice?

Sandra Bernhard: Eating snacks in the middle of the night

SGS: What are your favorite qualities in a director? (and/or with any type of artistic collaborator)

Sandy: Someone who is open to input but strong enough to stand their ground

SGS: You have a lot of hyphens…if you had to give all but one up, which would it be? Actor? Musician? Comedian? Provocateur?

Sandy: Above all I am an entertainer and that sums up everything

SGS: Your idea of a perfect day/night

Sandy: Up early doing laundry / working out / eating a delicious lunch / taking a nap with my dog George / having dinner with my girlfriend Sara

SGS: Your idea of a dreadful day/night (other than answering bad questions…)

Sandy: Being stuck at an airport or listening to our horrible fake president or sleeping without a feather pillow

SGS: Your fantasy dinner party companions would be…..(living or not; fictional or not)

SGS: Martin Scorsese calls you up to collaborate on the new superhero movie he is directing…who would you play?

Sandy: a balls out street fighting guru who leads everyone to safety

SGS: Other than “Sandyland” where/when would you like to live for a week?

Sandy: In a medina in Morocco

Sandy: My brother Dan and sister in law Carolyn at a Heart concert

SGS: Your favorite thing about being on “Pose”

Sandy: Being able to sooth people and protect them from their pain