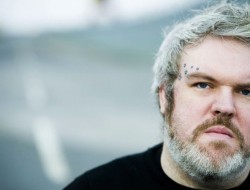 HOLD THE DOOR!! DJ Hodor Brings His “Rave of... 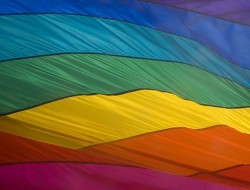 Dennis Coleman is retiring after 35 years with Seattle Men’s and Seattle Women’s Choruses. His final concert, “ENCORE!” will take place during Seattle’s Pride weekend with both choruses singing together at McCaw Hall, Seattle Center (8pm Friday and Saturday).

You may know of him as a legendary choral director, a genial host to years of Christmas concert staples (many people count the SMC concerts as a holiday tradition), but may not know him well as a person. I thought I’d take the chance to ask him and some close colleagues about favorite anecdotes from the years, and asked them to tell me some funny or heartwarming stories.

But I should sketch in a bit about his history with the Choruses: Back in 1981, he became the Chorus Director because he’d been fired from his church for coming out. Dennis says that the Men’s Chorus was one of the few places in Seattle where gay men could meet one another that wasn’t a bar or a sex club. Then, when AIDS hit in the mid ’80s, it was one of the few safe spaces where people could grieve together—and also be entertained.

And during his tenure, the Men’s Chorus grew from 50 singers to maintaining a roster of well over 300 auditioned members and regularly sells between 12,000 and 13,000 total tickets to their holiday concerts alone. The Seattle Women’s Chorus (SWC) was developed and now has over 200 singers. In addition, two “pocket choirs” called Captain Smartypants (CSP) (9 men) and Sensible Shoes (SS) (9 women) tour areas that are hard to reach with a huge choir.

Many of the chorus staff and members have been involved for years. Here are their stories! Dennis Coleman, front and center of the Seattle Men’s Chorus…back “in the day”.

Eric Lane Barnes has worked with Dennis for 16 years and been encouraged to write songs and even develop whole entire evenings of work presented by Captain Smartypants.

“My life has changed incomparably due to his creative generosity and his willingness to trust me in (almost all) of my insane comedic endeavors. It’s not always easy to trust an artist in the middle of an inspirational flurry, but everyone in both choruses has learned over the years: trust Dennis. He has taught me to: start with a bang; give audiences lots to listen to, look and laugh at; then gently – but firmly – punch them in the gut. Then bring them back up again. For 16 years Dennis has enriched my own life with his wonderful spirit and creative mad genius. Dennis is a brilliant programmer. He is one of the only choral directors who can put together a program that can have you laughing, gasping, smiling, crying, and then laughing again, all in the span of twenty minutes. He is amazingly quick on his feet, and always able to adapt when things don’t go as planned. There was an amazing moment in the 2014 Holiday Concert “Our Gay Apparel.” In a run-out concert (one done out of town but near-by) in Tacoma, during an Eric Lane Barnes original song “Marvelous Holiday Sweater,” in the middle of an exciting musical moment, the entire building lost power. The musicians couldn’t see their music or their instruments. Dennis brilliantly took control, and launched a holiday carol sing-a-long with the audience and the chorus until power was restored a few minutes later.
– Chris Hoffman, Tenor, 5 Years with SMC, 1 year with CSP Dennis has a remarkable ability to make us all feel like a million bucks at the end of a show! The crowd can’t see it, but our view from the risers after that final note is of a man bursting with pride, a huge grin on his face and his arms outstretched. He always takes a brief moment to connect with us and convey a feeling of love and admiration. I am so grateful to have been led by such a kind and loving man. My most exciting time with SWC was when we were all working hard to support marriage equality. Dennis arranged a big community rally in support of marriage equality at the Plymouth Congregational Church in downtown Seattle. Both choruses (SMC and SWC) took the stage to sing at the rally and Sensible Shoes performed our hilarious tribute to marriage equality, written by Eric Lane Barnes. We were all dressed as bridesmaids in the most hideous dresses you have ever seen. We had ridiculous giant bows on our heads (see photo below). The song has a heterosexual / lesbian twist and the groom is left at the altar. It was a tearful moment of joy. Dennis was beaming at us all. We were all so proud of the work we were doing with Dennis at the helm. There’s something really special about the way Dennis can communicate his love and light to both the chorus and the audience. Finally, some stories from Dennis, himself:

“When the great operatic diva Frederica Von Stade sang with us for the 25th Anniversary concerts. She entered the stage and greeted the audience but her body mic was not functioning. The battery pack was tucked in the back of her panties and she asked me to see if it was turned on. I peered into her outfit and reached in to flick the switch; I was shocked to hear her whisper sans amplification, ‘See anything you like down there?’”

“I’ll never forget the time at Meany Hall when I conducted the entire first half of a country-themed concert with my borrowed cowboy boots on the wrong feet, toes pointed outward! Or the time with Seattle Women’s Chorus when I nearly rode a Segway off the Meany Hall stage and into the pit. Not really funny, I guess…”

“My most terrifying moment was during a Benaroya Hall holiday concert when half the ensemble singers failed to appear onstage at their designated time in the first half. Michael Bahnmiller whispered to me as he walked on, ‘The guys forgot the show was at 7 tonight and they are still at dinner.’ I panicked and jumped to the piano. I made up an accompaniment on the spot that somewhat covered the missing parts in the a cappella arrangement. Sweating bullets!” “My favorite trick I ever pulled on the audience was when I sat down at the electric piano on stage and started playing a very complicated ragtime piece while the stage crew made a scenic adjustment. The audience couldn’t see that I simply pushed the “demo” button on the electric keyboard and it was playing by itself. The stage crew walked over, wheeled the piano (still playing) offstage and left me sitting there alone twiddling my thumbs.”

“ASL interpreter Kevin Gallagher and author Armistead Maupin take the award for funniest moment onstage. As Maupin read a chapter from “Tales of the City” in which Michael Mouse discusses the uses of pornography, Kevin interpreted it — fairly literally. Armistead and Kevin had an uncontrolled five minute giggling match in front of hundreds of patrons who also seemed amused.”

This summer, Dennis will hand his baton to incoming artistic director Paul Caldwell. He’ll continue acting as choir director at the Bellevue church he’s been working at for years. And he’s going to experience a Christmas in Europe, sans SMC, for the first time in years!

Bon Voyage, dear Dennis, and thanks for the memories!