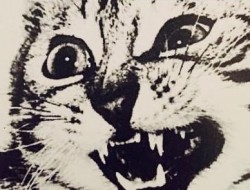 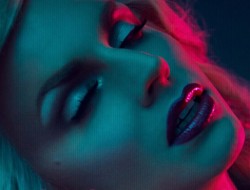 We’re so blessed in Seattle…so many holiday traditions to choose from!!!

Yes, everyone and their drunk drag queen cousin now has a holiday themed show to celebrate the birth of our Lord & Savior/Winter Solstice which is just code for “LET’S MAKE LOTS OF MONEY!!!”

That’s harsh. We’re not going to begrudge area entertainers from making some $$$ during the HoliGay Season. Drag Queens, Comedians, Burlesquers and Tiny Dancers should all have an opportunity to practice their craft and make a buck or two while providing the Desperate Hordes with much needed holiday cheer before the reality of The Illegitimate Regime of Donald Trump begins on January 20, 2017.

(Sigh. Takes long sip of ever present gin based cocktail)

Pretty much all of the big annual shows are running now. For the traditionalists you got your “Scroogey/Christmas Carol” at ACT and “The Nutcracker” at Pacific Northwest Ballet.

Again, I’m being mean. I just wish ACT would spice up their annual tradition…do something crazy and daring with the beloved classic by Charles Dickens….

Cast Pandora Boxxx as Scrooge! Channing Tatum as the Ghost of Strippers Past!!! Tatum O’Neal as The Christmas Goose!!!!

Since that’s not happening this year (or, ever) let’s focus on that OTHER annual Yuletide Treat at ACT…their presentation of HAM FOR THE HOLIDAYS produced, written by and starring those two VERY funny Seattle ladies LISA KOCH and PEGGY PLATT  otherwise known as the comedy team DOS FALLOPIA and now in their 73rd year of producing Grade A holiday themed comedy entertainment for the entire family that isn’t scared by naughty satirical sketchcoms performed by mischievous lefty lesbians, homos, feminists and dirty liberal vermin like Ms Koch, Ms Platt and their Team of Theatrical Misfits.

This year’s edition is lovingly sub-titled JURASSIC PORK which usually means that there WON’T be any sketch having to do with that tentpole film franchise….but, you can expect visits from some beloved Platt/Koch characters like “Heartwood Mac”, the Sequim Men’s Choir and best of all, the country/western dysfunctional duo of THE SPUDDS who return for “Ham 2016” with a Star Trek themed sketch.

Here’s all the poo you should know…snatch tickets NOW!!!