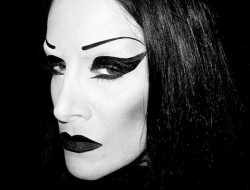 The Grandest Diva of Them All, Diamanda Galás Returns... 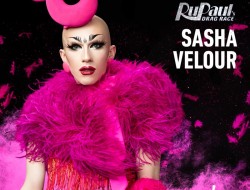 Photo of Greg McCormick Allen and Shaunyce Omar in The 5th Avenue Theatre’s “The Pajama Game”. Photo by Mark Kitaoka​

If the term MVP can be used in theatrical parlance, veteran Seattle song and dance man Greg McCormick Allen is definitely one of them.  Village Theatre audiences recall him from many shows, most recently Singin’ in the Rain, Billy Elliot, and his phenomenal Bert in Mary Poppins, while Seattle Children’s Theatre crowds have enjoyed him in Chitty Chitty Bang Bang. Returning to the 5th Avenue (where his shows have included How to Succeed in Business Without Really Trying and White Christmas) he takes on the role of Hines, the comic lead in The Pajama Game opening Thursday.  This yeoman of the arts graciously answered a few questions about himself for SGS readers before he goes back to racing with the clock.

Well, the character actor world is basically the world that I normally live in in musical theatre, so it feels really great! That being said, as with all shows, all characters are different and have their own unique hurdles that need to be overcome before you can feel truly comfortable in their skin. Still working on tweaking a few things before opening of The Pajama Game, but it will get there.

I’m not really the romantic leading man type, so I had to become good at something!  Seriously though, I wouldn’t exactly say I have a flair for comedy.  I just have decade’s worth of sitcom watching stored somewhere in my brain so in reading a script, some actors or performances or vocal inflections come out more than others, whether it be from The Dick Van Dyke Show or Friends!

My most direct influence, besides my mom who drove me to dance lessons and performances for years, was probably Edith Duncan. She was my dance teacher when I lived in Scotland and was the first teacher who ever had me sing. As far as favorite directors, I would go with anyone who has chosen to cast me in their production and allow me to do what I love! (How’s that for a safe answer!)

I’d like to complete the Dick Van Dyke musical trifecta (Mary Poppins, Chitty Chitty Bang Bang) with Bye Bye Birdie. Also, whatever anyone would like to cast me in!

In no particular order, and for a number of reasons: Taryn Darr, Billie Wildrick, Michael Gruber, Rich Gray, Cayman Jacobs, Suzanne Bouchard, John Scott, Mallory King and the cast of James and the Giant Peach.

Actors Studio Q and A

The screech of the Emergency Broadcast System test

The one that starts with F

Stephanie has been waiting a long time to say hi!