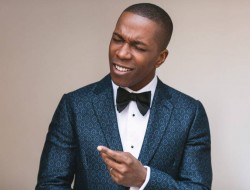 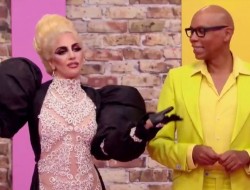 Seattle’s beloved 5th Avenue Theatre really seems to love those iconic mid century American musicals from the 50s and 60s. They manage to produce at least one (or two) a year and they had huge success last year with their delightfully dreamy production of the “Mad Men” era advertising spoof “How to Succeed in Business Without Really Trying” which the Seattle Theater Writer’s group honored with a slew of Gypsy Awards last month including awards for Best Musical Production of 2016 and a Best Direction of a Musical win for Bill Berry.

Mr. Berry and several members of the “How To Succeed…” team return for the currently running show at the 5th, their take on the 1954 hit show THE PAJAMA GAME, with a book by George Abbott and Richard Bissell and the music and lyrics by Richard Adler and Jerry Ross who went on to do one more hit show together, “Damn Yankees” before the sudden death of Jerry Ross in 1955. “Pajama Game” is a winsome charmer; a romance between a female worker (Babe Williams) in a pajama factory in Cedar Rapids, Iowa and the plant’s hunky new superintendent, (Sid Sorokin). Since Babe is in the Union and Sid is Management, sparks fly when a strike is threatened and somehow the pair have to learn how to make a “mixed relationship” work. And, in classic musical theater form, there’s a number of supporting pairs as well including the jumpy and jealous time management director and the boss’s dithery secretary, as well as the womanizing union president and the feisty gal he’s chasing after. Add in a wise cracking secretary for Sid and the plant’s cantankerously stubborn owner and you have yourself a hit Broadway musical.

“Pajama Game” is a fun show but it lacks the wry sophistication of “How To Succeed..” or the sweet natured heart of “Damn Yankees” (also produced by the 5th Avenue a few years back, in a rather dry production). Its book feels a bit dated and long winded, especially in the first act which is also crippled by the fact the best/most famous numbers in the show are in the second act. There’s only two rather basic through lines: the romance between Babe and Sid and the threat of the plant striking over a 7 and a half cent pay raise, and neither one is really that compelling. “The Pajama Game” has its simple charms but it’s not a deep show; it’s been popular for 60 years due to its sitcom formula, lovable characters and for having two really terrific famous numbers: “Steam Heat” and “Hernando’s Hideaway” which helped earn superstar choreographer Bob Fosse his first of 9 Tony Awards. (Which leads us to the question, when will the 5th Avenue produce other Fosse hits like “Sweet Charity” or “Bells are Ringing”?)

I liked this production of “The Pajama Game”. As I’ve stated, it doesn’t rank up there with some similar shows of the era but the 5th Avenue has done of fine job of staging this work. Once again Bill Berry’s staging is briskly energetic with equally vigorous choreography from Bob Richard who once again gets to stage the dances as homages to the original brilliance of Fosse’s work. The handsome scenic design from Carol Wolfe Clay; Robert J. Aquilar’s lighting and Rose Pederson’s gorgeous period clothes are all on point and a joy to behold. While this show isn’t quite up to the very high standards of last year’s “How To Succeed…” it’s still far superior to their bland take on “Damn Yankees”. It’s definitely worth a visit for fans of musicals of this era.

The strong cast is also a good reason to check it out. Billie Wildrick’s sexy wry take on Babe is a treat as is Josh Davis as the rich voiced lusty lover Sid. They’re a delightful couple.

But the supporting cast kinda/sorta/almost steal the show. Taryn Darr’s smouldering Act 2 opening number “Steam Heat” with dance partners Davione Gordon and Ryan Patrick Kelly threatened to melt the dragons off the chinoiserie inspired walls at the 5th Ave….it was, in a word….’steamy’. But then a few numbers later, Sarah Rose Davis got HER hot number with “Hernando’s Hideway” and the sly sexiness of that choreography and staging melted anything left standing after “Steam Heat”…

Meanwhile, David Pichette’s grumpy company owner and Shaunyce Omar’s wise-cracking secretary were stealing scenes left and right but both had to give way to Greg McCormick Allen’s terrific take on the crazed time keeper, Hines who twitched and kvetched though his scenes with the expert skills of a master comedian. It’s nice to see Mr. Allen get a juicy role like this that he can just revel in…he’s a chief delight of this show.

I warmly recommend this production but with the caveat that it’s definitely one of those rare shows where Act 2 is stronger than Act 1. The feverish pleasures of Act 2 are well worth sticking around for.