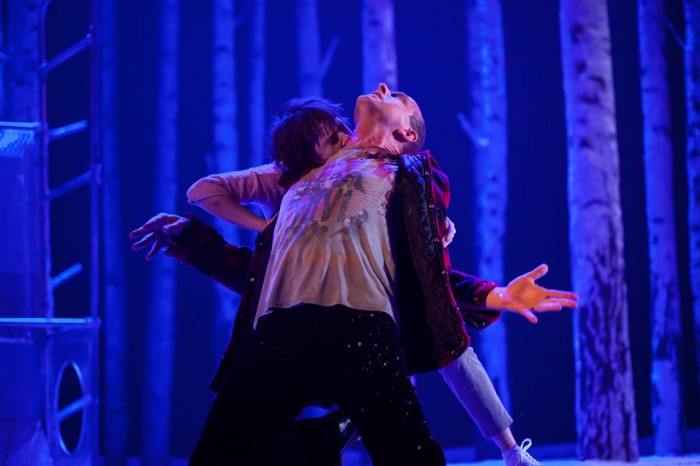 Home *Seattle Theaterland, Arts & Entertainment, StageYou Should Let This One In: “Let The Right One In” Is A Theatrical Tour De Force

You Should Let This One In: “Let The Right One In” Is A Theatrical Tour De Force Let The Right One In
Photography by Lawrence Peart

Here’s a tip for you: if you get an opportunity to experience professional theater from around the world, take it. Especially if it’s from the National Theatre of Scotland, one of the preeminent theater companies in the UK if not the world. They’ve visited Seattle twice in the last couple years with a highly acclaimed production of Black Watch in 2013 and last year’s tour of The Strange Undoing of Prudencia Hart, which is now performing in New York.

And, now the National Theatre of Scotland returns to Seattle for 2 weekend run of one of their biggest and most lauded hits: their theatrical version of the Swedish novel and film, LET THE RIGHT ONE IN, “an enchanting, brutal vampire myth and a coming-of-age love story” about:

Oskar is a lonely, bullied teenage boy living with his mother on a housing estate at the edge of town. Eli, a girl who has just moved in next door, doesn’t go to school and never leaves the apartment by day. Sensing in each other a kindred spirit, the two quickly become devoted friends. What Oskar doesn’t know however, is that Eli has been a teenager for a very long time… As their friendship deepens, a series of sinister killings shock the neighborhood…

Though based on an acclaimed Swedish book and film Let The Right One In is one of those sleeper cult hits. Though this story has been seen or read by millions around the world, either as a novel or film (and, soon to be television series actually) and through this stage adaptation which debuted in 2013 and had a good run in London’s West End as well as a short run in New York, it’s still not a universally known story on the scale of say…Star Wars or a Marvel Comic franchise or other pop culture properties. So, while it’s not a new tale and it’s been around awhile, you don’t want to “spoil” the plot for those that haven’t seen any of the various versions. But, the basic premise gives away the main thrust of the plot…a vampire eternally “frozen” at the age they were “turned” around the start of puberty, 12 or so, moves next door to a mortal boy around their same age (in the book/film the characters are around 12/13; for the stage, the characters seem aged up a bit out of necessity, to maybe 15 or so and are played by young adult actors).

Because the vampire child, Eli is stuck at such a young age, there is a creepy mortal adult “helper” named Hakan who assists Eli with the necessary chores of day to day living such as finding them lodging as well as procuring victims for Eli to feed off of. There is a seamy sense of pedophilia in their relationship…Hakan loves Eli while Eli seems to be tiring of Hakan’s obsessive devotion as well as being concerned that the aging Hakan is less of a help and more of a hindrance as he ages and falters. Meanwhile, Oscar seems to be the new focus of Eli’s life which raises the question: Is Eli genuinely attracted to Oscar or merely grooming him to be the “new Hakan” in Eli’s life?

Let The Right One In is also of great interest to LGBTQ audiences for a number of reasons and I don’t want to spoil it for anyone who has never read/seen other versions of the story but there are issues of gender and identity in the story that are particularly well handled in this stage adaptation. The theme of bullying is also a significant plot thread in this story and Oscar’s father, a relatively minor character, is also obliquely presented as being gay. The entire plot and theme of Let The Right One In seems to be about exploring the notions of being an outsider and opening up to either free one self or to let others in to your life…which is particularly perverse in this story as it involves letting a vampire into your life and the vampire is more sympathetic than the mortal bullies one must deal with in life.

It’s a smart adaptation of the original material but fans of the book and film should be aware that characters/plots from the book or original film have been eliminated or combined. This stage version focuses almost exclusively on Oscar and Eli and their relationship as well as Oscar’s issues with being bullied in school, and the police investigation into the crimes being committed. (Note for fans of the film: a terrifying plot thread involving a character and an attack from house cats is NOT in this version.)

Let The Right One In has a solid story and script but it’s the beautiful staging and design elements that make this production truly outstanding. Noted British director John Tiffany and movement director/choreographer Steven Hoggett have already won honors for their work on other productions like Black Watch, the musical Once and the current West End hit, Harry Potter and the Cursed Child. The pair are noted for innovative staging and creating dance like movements for actors in non musical situations. There are numerous beautiful moments in this production…the stunning opening which features dozens of characters moving briskly through a forest before the action stops to focus on something horrifying…or multiple moments where a principle character is backed by the ensemble performing beautiful timed movements that mimic the actions of the center actor…or some truly terrifying action sequences including a heart stopping climax in a swimming pool (which didn’t function correctly on opening night but was still a powerful sequence despite the lack of actual water.)

It’s all lushly designed and the overall feeling created by participating in this experience is cinematic….like you’re able to watch a film happen in real time in front of you. That’s a tough effect to create and it’s largely due to the design, the direction and the work of a very talented ensemble of UK based actors headed by Cristian Ortega and Lucy Mangan who delicately inhabit the lives of the center characters of Oscar and Eli and create believable portrayals of pubescent youth.

Let The Right One In is a rare opportunity for Seattlites to experience world class professional theater that is beautifully executed while being dramatically riveting and emotionally charged with passion and a commitment to artistry. You’d be foolish to miss it. Highly recommended.

Note: Recommended for audiences 15+ due to content. Obviously not recommended to those who have issues with violence/blood/horror themes. Let The Right One In
Photography by Lawrence Peart 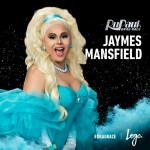 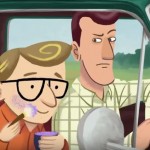