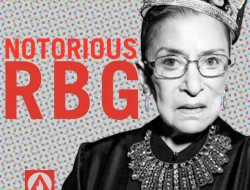 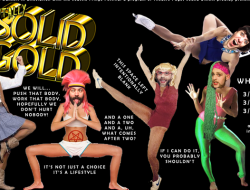 March 9, 2017 Comments Off on 8 Actresses All Play “Molly” in “The Unsinkable Molly Brown” for Showtunes Views: 3055 *Seattle Theaterland Composer/Lyricist Meredith Willson had two home-runs in his long-career: The Christmas song standard “It’s Beginning to Look a Lot Like Christmas” and The Music Man (for which he also wrote the book based on his Iowa upbringing) won the 1957 Tony Award for Best Musical (beating no less than West Side Story) and its enduring 1962 film which was Oscar nominated for Best Picture. He also scored a solid triple with The Unsinkable Molly Brown, a 1960 Broadway hit with a book by Richard Morris, which nonetheless became a crowd pleaser thanks to a raucous Willson score and a Tony Award winning performance by Tammy Grimes as Molly. In 1964 Debbie Reynolds made the role her own in M-G-M’s film version, and earned an Oscar nomination in the role, which she called one of her favorites, and in which she also toured in later in her career. (Sadly, both Tammy Grimes and Debbie Reynolds passed away in 2016).

The last Seattle incarnation of The Unsinkable Molly Brown was 20 years ago at Issaquah’s Village Theatre, and that production’s Molly, Angie Louise, is one of eight actresses who will share the role in Showtunes Theatre Company’s staging of the show Saturday, March 11th  at 8 p.m and  Sunday, March 12th at 2 p.m. in Benaroya Hall’s Illsley Ball Nordstrom Recital Hall, 200 University Street in downtown Seattle. The Mollys are a mix of veterans and new faces in the Seattle Theatre community and include capturing the spirit of this American folk hero through multiple perspectives of age and body type. In alphabetical order: Molli Corcoran, Sara Henley-Hicks, Suzy Hunt, Erin Hyatt, Cassi Q. Kohl, Bobbi Kotula, Angie Louise, and Katherine Strohmaier. Molly’s husband Johnny is portrayed by Brian Pucheu. Rounding out the ensemble (and playing all the rest of the roles – male and female) are Michael Cimino, Ethan Carpenter, Matt Lang, Casey Raiha, Ryan McCabe, Nate McVicker and Nick Watson. This “ensemble Molly” concept is led by Director Billie Wildrick and Music Director Nathan Young.

Director Wildrick, as well as 2 of the Molly’s (Suzy Hunt and Angie Louise) took time to make some comments to explain the concept of this staging and the show itself.

David-Edward Hughes:  What made The Unsinkable Molly Brown appeal to you as a director?

Billie Wildrick: I have really fallen for the script. For one, it’s so very topical to what we’re going through as a nation right now. We’re talking Gold Rush America where working class immigrants could come from poverty or the rigid limitations of age old class systems in older countries and actually have a chance to get ahead – even rich. Not only was their working class status not a limitation, it was a boon because they were used to the hard work required. Molly Brown starts off in Colorado where the first generation that didn’t have to work for their money are beginning to really put on airs. You think the story is gonna be about the scrappy Irish girl figuring out how to get money, but that actually comes surprisingly smoothly as does the love of a man who takes her, for her. The friction of her life is actually about her desire to be accepted by the slightly less newly rich, who want to distance themselves as far and quickly as possible from any hint of working class – even though they are only one generation removed from it. Also, Molly paints everything red, slathers it in gold and mounts her name on it – sound like anyone in the news lately? But I just love Molly. Her inability to be anything but herself, however desperately she tries, causes her a lot of trouble and doesn’t bring her what she thinks she wants, but it’s such a bright beacon inside her, ultimately it leads her home. For all the strong women out there who’ve tried to squish themselves into societal expectations and all of us who have tried to be less than what we are to get approval and belong, I think the show is incredibly satisfying. Gosh, I could go on and on. But let me leave you with the fact that on top of all this IT’S REALLY FUNNY!! The script is truly full of comic gold and our Molly’s are amazing miners 🙂 It’s incredible to watch them listen to, learn from, and feed off of each other in the room. Molly was born in a cyclone, it feels truly right to have them all swirling, overwhelmingly, about while all laser focused on Molly’s singular actions and intentions.

DEH:  Did you come up with the multiple Molly’s concept?

BW:  No. Matt Wolfe and I had a discussion a while back where he picked my brain about any ideas I might have for Showtunes. He’s really great about reaching out and trying to make sure he’s amplifying voices that have a different perspective on the world than he might. I talked to him about how I feel we have an embarrassment of riches in this community in terms of female actors who sing and how it still feels like there are fewer roles for women despite their larger numbers. I actually think about it every night when I come offstage after “I’m Not at All in Love”   – how delightful, satisfying and relatively rare it is to be out there playing a scene with a whole heap of strong femmes. I’m sad every night when it’s over. (Note:  Billie Wildrick was starring as “Babe” in the 5th Avenue Theatre’s production of The Pajama Game when this interview was conducted. That show closed March 5, 2017.) Anyway,  Matt came back to me some weeks after our convo with this idea for Molly Brown that features more than one actress playing Molly Brown. I asked how that would work and he pretty much said, ‘I don’t know, Billie…how would that work…?’ Which delighted me. I think that’s such a strong way to be an artistic director. Handing a great idea to an artist and letting them create from there. I try to pay it forward with my actors and fantastic music director – giving them room to create and run with my ideas. I think that’s a beautiful version of collaboration. I love what we’ve come up with and I think it really serves the story. Well enough for a fully staged version. And – proof of concept – so many incredible women showed up to audition that it was hard to boil it down to 8. We could have easily cast 16.

Two of the 8 Mollys also had something to say about this unique concept.

Angie Louise: Yep, I’m one of the fierce gang of Mollys. It’s a lot of fun. I loved doing the role at Village, but carrying a show like that can be a lonely responsibility, so I’m really enjoying revisiting the role in this tag-team way… it’s great fun to get to tell Molly’s story again with so much sister power and female camaraderie.   Each Molly has several featured scenes and a featured number. Mine is “Are You Sure”, the big “Trouble”- like revival number near the end of the first act. (It was always kind of my favorite – although the whole score is pretty wonderful.) Billie is also doing a wonderful job finding ways to weave us into each other’s stories: all the Mollys share the stage, rooting each other on individually or en masse and interjecting into each other’s scenes with text, musical lines, and stage directions delivered in present tense first person as we work together to tell the story and remember our triumphs and tribulations. And Nathan has written beautiful four-part arrangements that let all the Mollys harmonize together on some of the show’s most memorable musical moments, like “My Own Brass Bed” and “I Ain’t Down Yet.”

Suzy Hunt:  Each of us plays only our Molly portion in Narrative stretches which describe the action. Our collective voices at times support the Molly who has center stage by being an extension of her thought or emotion. Each of us portray a part of the wide role which extends over the years from when she was an unschooled  eager young woman to when she has gained wisdom and experienced loss. What remains true is her indomitable spirit and determination.

This could well be the last time we will see the original script/score of The Unsinkable Molly Brown onstage as a major revisal of the show with a new book by Dick Scanlan (who also revised Richard Morris’ Thoroughly Modern Millie for the stage) and a half “new” score with many selections from Willson’s trunk heading to Broadway. So belly up to Benaroya boys and girls, to see Showtunes and this production team do what they do best!

To purchase tickets online and for further information, go to www.showtunestheatre.org.