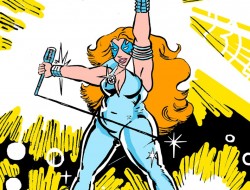 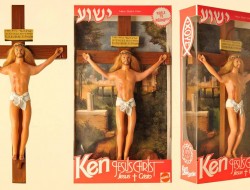 Reviews: Village and 5th Avenue Both Offer Up Middlebrow Musicals

It’s hard to write reviews of middle of the road shows that aren’t really bad but they’re not really very good either…or, at least not very challenging. (it’s hard to describe fluff…) If you’re looking for a nice, gentle evening of pleasant entertainment with good actors and musicians working their little hearts out to entertain you…great. Both of these shows have that! (Just stop reading now if that’s what you’re looking for! See both of these shows!!)  If you like a bit of substance with your entertainment…you’re mostly out of luck with two currently running musicals on area stages. The shipwrecked cast of “A Proper Place” at Village Theatre Issaquah

Village Theatre is up first with their production of a new-ish show but one based on a VERY old literary property. It’s A PROPER PLACE adapted from the 1902 play “The Admirable Crichton” by J.M. Barrie best known as the author of “Peter Pan”. For the folks over the age of 50 or so, you’re likely familiar with the “Crichton” story…it was a popular play itself and adapted into several films and other properties over the years. In a nutshell, it’s a topsy-turvy play about a family of British snobs getting shipwrecked with their servants circa 1902 or so. Naturally the pampered gentry cannot fend for themselves so the servants, headed by the perfect butler Crichton, take over and became the “ruling class” on the island. Various taboo, cross class romantic relationships ensue that are all complicated by their eventual rescue and return to a world where the servant class must obey and not fraternize with the upper class. Depending on the property, some versions end “happily” while others are more ambiguous.

So, basically it’s a romantic comedy about class differences with the snobs being “fish out of water” types who learn a valuable lesson. Except they really don’t in the long run. It’s a story as old as…The Admirable Crichton.

“A Proper Place” doesn’t stray very far from their source material despite the fact the official credits page in the program fails to state that the libretto is quite clearly based on Barrie’s play…which is odd to me because you always attribute credit where it is due, even if a work is in public domain. Curtis Rhodes and Leslie Becker who created this show by writing the songs and adapting the Barrie material into this libretto, do credit Barrie in an interview printed in the program but not otherwise. Odd.

It’s a cut and dried show really. Like its source material, it feels very much like an old style musical from an earlier time. It’s very family friendly; there’s nothing here to offend anyone really. It’s all so placid and nice and well made. Silly snobs learn a valuable lesson (sorta) and the lower orders prove they’re not inferior and rigid class structures are dumb and yadda yadda yadda.

It’s a nice show…the theatrical equivalent of enjoying a plate of lightly salted and buttered mashed potatoes. Vaguely satisfying but not at all spicy or alarming.

The charming cast is the chief highlight with the servants coming off the best… Kevin Vortmann, stepping in for the originally cast James D. Sasser who suffered an injury just after opening night forcing the change, is a charismatic and charming lead here with a strong singing voice and an impressive physique. If I was stuck on a remote island, I’d want him to take over, too!

Sophie Franzella was also delightful as the Cockney maid “Tweeny” and as for the “nobs”, Chelsea LaValley was compelling as the oldest daughter who falls for Crichton and Randy Scholz appropriately twittish as the Upper Class Twit Ernest.

This show has handsome costumes, designed by Melanie Taylor Burgess but I have to say I’m a bit appalled that the Village couldn’t spring for additional costume changes for the three actresses playing the upper crust daughters. It’s a bit cheap of them to make do with having them wear the same costumes for most of the play. They really couldn’t budget for a 2nd or preferably 3 costumes for those characters? They had nothing in stock they could re-purpose? It might sound like nit-picking but this is Equity level theater with a significant ticket price. You expect limited costume changes in community or fringe theater, but not in a major theater like Village.

A nice show for Grandma and Grandpa to go to on a Sunday afternoon. Richard Gray (left) as The Suspects and Chris DiStefano (right) as Officer Marcus in Murder for Two, a co-production between The 5th Avenue Theatre and ACT – A Contemporary Theatre. Photo credit: Tracy Martin

It’s also time for the annual collaboration between ACT and the 5th Avenue Theatre where they produce smaller scale musicals at one of ACT’s theaters. This year it’s a two hander (so economical on the budget) with the two actors also doubling as the musical accompaniment (even cheaper…no orchestra to pay!!!) It’s MURDER FOR TWO being billed as “a new musical comedy” which stars Chris DiStefano as an eager young detective trying to solve a murder in a lonely country mansion populated by Richard Gray playing all the other characters/suspects. It’s a madcap murder mystery romp and it’s sole appeal is the fact it’s a showcase for two (hopefully) talented actor/pianists to show off their skills for 90 minutes or so.

Fortunately, ACT/the 5th HAVE cast two very charming and talented actors and Mr. DiStefano and Mr. Grey and their whirlwind performances are the ONLY reason to go check out “Murder for Two”. The songs are ok…at best. And, the plot is very silly and contrived with an ending that really sort of flops. It’s all very harmless and modestly amusing but I can’t imagine having to endure this material with average or mediocre actors…it would be a grim nightmare.

And, while Mr. Grey has the showier of the two roles, playing a gazillion characters including the most endearing one, the daffy widow to the murder victim, Dahlia Whitney who deserves her own spin off series on YouTube, Mr. DiStefano is equally charming as the glue that holds all that daffiness together. They’re a great team.

“Murder for Two” is a handsome show with a cute, clever set by Carey Wong and atmospherically spooky lighting effects by Rick Paulsen. Daniel Knechtges holds the whole mess together with some smart staging/choreography. It’s all quite harmless and a tiny bit spicier than a plate of mashed potatoes (it’s more like a plate of delicious yams) and if you’re not too picky about your light entertainment it makes for a pleasant enough evening of old fashioned corn, the kind you used to see at dinner theaters and in summer stock at venues all over the country “back in the day”. It’s fluff of the highest order and only works due to the talent of the cast.

Grandma and Grandpa and the better behaved grandkids.