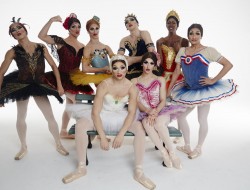 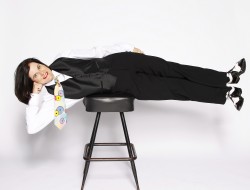 Just in case you haven’t had enough CHERDONNA SHINATRA in your life, the multi-talented performance artist/dancer/bio drag queen who’s not only a Seattle treasure but an interstellar one, she’s got another arts based event happening this weekend. The galaxy’s most beloved bio drag diva just ended her run in Washington Ensemble Theatre’s CHERDONNA’S DOLL’S HOUSE, their deconstruction of the famed Henrik Ibsen play featuring Cherdonna literally playing in the play/with the characters and this weekend you can find her at the University of Washington’s Henry Art Gallery for her immersive, mixed media show CLOCK THAT CONSTRUCT.

In her latest newsletter, Cherdonna (or her creator, Jody Kuehner) explains all about this fascinating new work which is part of ongoing series of works created by the artist:

Clock That Construct is an immersive environment and series of performances that I have created during a month-long  residency at the Henry. During my time, I have been exploring new expressive possibilities for Cherdonna and the imaginative potential of play to liberate and break restrictive gender codes and expectations. The performances will include live sound design by DJ RIFF RAFF!

This is an instillation style performance where the audience is invited to come and go as they like over the hour and a half. Only thirty people are admitted at a time. Free with gallery admission.

Outside of these scheduled performances, the gallery-cum-immersive stage set is open for visitors to enter Cherdonna’s imaginary world and to explore the material traces that have accumulated during her time in the space. Clock That Construct at the Henry aggregates Cherdonna’s performance materials and serves as an active, generative site for mining potential from within her performance history. Clock That Construct supports Cherdonna’s current two-year, three-part project, one great, bright, brittle alltogetherness, realized through a unique partnership between Seattle’s Velocity Dance Center (lead presenter partner) and On the Boards, with generous support from the National Dance Project. Part II, Clock that Mug or Dusted premiered at Velocity in 2016, and the culminating Part III Kissing Like Babies premieres at On the Boards in October 2017.

Clock That Construct is organized by Luis Croquer, Deputy Director of Exhibitions, Collections and Programs, and Nina Bozicnik, Associate Curator, in collaboration with Tonya Lockyer, Artistic + Executive Director of Velocity Dance Center. The presentation of selections from the collection is organized by Bozicnik and Krista Schoening, Graduate Curatorial Assistant.