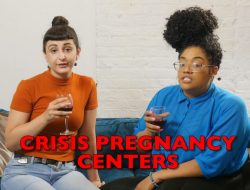 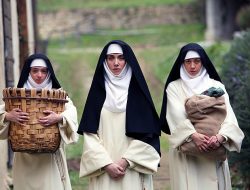 Women. Weed. WiFi. All Collide with International Girl Gang Expo At The Neptune The INTERNATIONAL GIRL GANG EXPO is next Thursday, July 27th, from 8 pm to 11 pm at the Neptune Theatre in the U-District. It’s a collaboration between Seattle Theatre Group and a group called Women.Weed.WiFi and it’s FREE and open to the public. There will be cool womyn made art for sale plus live performances and DJ sets from female artists.

Blossom (PDX): Blossom is an earthy songstress known for her flavorful, soulful sounds. With roots in Trinidad & Tobago, she has bloomed in the Pacific Northwest’s music scene. Blossom’s jazzy neo-soul-inspired voice and meaningful lyrics have found her in the favor of Portland’s underground hip-hop scene, leading her to perform for Amine on Jimmy Fallon as well as gracing numerous PNW stages.

Lay (Brazil): Lay is a firebrand rapper from Sao Paulo, Brazil making national and global waves as a fashion killa with an unapologetic message about women empowerment, black empowerment, and freedom of expression. Her debut album, 129129 speaks (musically and lyrically) to the struggle and beauty of her experience while keeping the booties bouncing.

Women.Weed.WiFi (worldwide): Women.Weed.WiFi is a space dedicated to highlighting badass chicks who pursue their dreams, are committed to building strong communities, and share the same love of cannabis. Together, we work to make the world a better place while simultaneously rejoicing in its magic. We uplift and inspire one another to continue on our highest paths. We note what makes us the same and celebrate what makes us unique. We love marijuana and celebrate the glory of the female plant who, like us, brings beauty and peace to those we touch. Weed unites us, elevates us, and heals us. We hope to share our knowledge of the plant and extend a welcome into some of our haze-induced escapades and plots to take over the world.