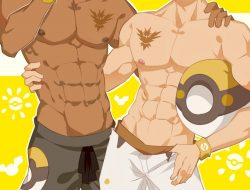 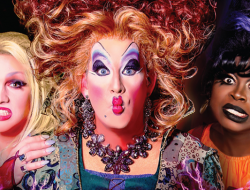 We believe is promoting local businesses…especially if we have hopes that someday they’ll buy an ad from us or at the very least give us lots of free stuff.

Hey! At least we’re honest about our capitalistic greed!

Wizards of the Coast, the Renton based nerd company responsible for the creation of the highly addictive card game MAGIC: THE GATHERING has been owned by corporate overlord Hasbro for a very long time but they’re still locally based. In order to encourage Gen Y to join their cultish ranks they’re having Magic: Open Houses on September 16th and 17th to lure in more foolish youth with excess pocket money to become “One of Them”.

We approve. It keeps them off the streets and out of our yards! Damn kids! Stay inside and play your occultish, devil spawning games! (And, obviously you don’t need to be a kid to join up…oldies need stuff to do, too, to keep them busy in their twilight years!)

There are several options in Seattle including the very queer friendly Phoenix Games on Broadway and Gamma Ray on Pine Street. Newbies get a free pack of cards! On Sept. 16-17, Wizards of the Coast will be hosting Magic: Open Houses at comic book and games stores across the country to get people excited to learn how to play Magic: The Gathering.  Inspired by “Free Comic Book Day,” Magic: Open House is an opportunity for people to be introduced to the fun, flavorful and inclusive trading card game, receive a free deck of Magic cards, hang out with friends, and make a few news ones!

The event is open for anyone – experienced players, lapsed fans and anyone who wants to learn a very fun tabletop game – and anyone who attends will receive a free deck of Magic: The Gathering cards along with a premium foil full-art card from their upcoming expansion set, Ixalan! Attendees can find participating stores at the following link: http://magic.wizards.com/en/event-types/magic-open-house

WHY: Get out of the house and be one of the millions of people who play Magic: The Gathering with friends. Magic: The Gathering is a fantasy trading card game published in eleven languages and sold in 70+ countries. Tens of millions of fans around the world collect cards, build their own decks with them, and play as a powerful spellcaster in casual and competitive events. For more information, visit www.magicthegathering.com.