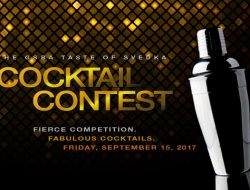 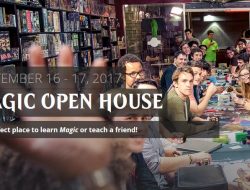 Yes, we’re reposting this photo AGAIN because it makes us feel “funny” in our swimsuit zone.

The Pokémon franchise has brought us so many delightful beasties to collect. So, so, SO many.

Which could explain why gay men have found kindred spirits among these 802 adorable, sassy, spooky, and brawny critters. There’s a Pokémon to represent every side of the queer community!

As we await the November 2017 release of the Alola region sequels—Pokémon Ultra Sun and Ultra Moon—it’s time to give Generation 7 the “Gay Men as Pokémon” treatment.

This guy is the type of affection-addict who will literally hug you to death. He lives for physical contact and would be content to lounge in a platonic cuddlefest all day. Hell in hot weather but great for cracking your back. Esteemed judges of the panel, please welcome to the stage the Tsareena: a drag queen who lives and breathes the pageant circuit. Her greatest ambition is to stomp the competition, snatch the crown, and reign in queenly majesty—“for exactly 12 months.” –RuPaul, To Wong Foo, Thanks for Everything, Julie Newmar.

He’s an angry drunk who wakes up bruised and purple the next day. He’ll pound back a few beers, down a whisky neat, and teeter around while seeing double. Not a big problem for you until he ends up throwing dizzy punches at strangers. Likely Irish. FUCK THIS GUY. AND NOT LITERALLY. This Milo-Yiannopoulos-spouting basic Becky defends his vote for Twitler by claiming that an orange dictator would actually be good for the queer community. These self-hating sellouts will hook up with a Dreamer only to applaud the repeal of DACA, then turn a blind eye as Dorito-Dusted Demagogue bans our trans neighbors from the military. FUCK. THIS. GUY.

Spends his weekends writing wrathful tirades against Trump supporters. Surrounding himself (exclusively) with people who share his progressive views and reinforce his opinions, the Dewpider lives in a blue bubble of confirmation bias, social media filters, and the Democratic sanctuary of a highly-educated, over-gentrified city. Looks up one-way flights to Montreal every day since November 8th 2016. (Like, seriously. I have.) Yes, he had a mullet. Yes, he donned leg warmers. No, he won’t apologize for it. Why? Because with the power of Gloria Estefan and Dynasty, he survived the AIDS epidemic, the Reagan administration, avalanches of cocaine, and disco. Sure, he has a cache of Erasure cassettes and longs for the syrupy taste of Crystal Pepsi, but he paid his dues and helped give birth to a post-Stonewall LGBTQ culture.

Wizened. Experienced. Mature. Vintage. A veteran of perspective. Okay fine the bitch is old as dirt. BUT the important thing is that this elder gay has seen some shit and survived it all. He hasn’t just lived a full life and learned from his mistakes, he also shares insights with younger queers who were robbed of almost an entire generation of gay role models. He no longer relies on sexual currency or lavish possessions to validate his self-esteem, because he knows himself better than he ever has before. Will slap you for popping off. Will get away with it. He plays rugby! And has the ass to prove it.

Perfectly content with romancing different sides of the gender spectrum, a Lycanroc can balance between two worlds. Straight and gay folks alike might mistake this as an attempt to “pass as straight” or dipping a toe into the LGBTQ pool without fully committing. But for this guy who falls in the middle of the Kinsey Scale, it’s all about the connection with individual lovers regardless of gender. You know the type. He’ll attract you with swagger, confides in you little by little, and makes you believe maybe this guy will be different! Then without warning, his façade crumbles and he wimps out. Strong likelihood he’ll text you three years later to see if you’re still single.

Maybe he’s born with it. Maybe it’s narcolepsy. One thing is certain: a Komala can and will fall asleep anywhere and everywhere. At his desk. Watching a movie with you. In the middle of a party. During sex. It’s best not to fight it and just let him doze. This glutton for punishment feels most at home with a ball gag in his mouth and a blindfold on his face. He relishes being hog-tied with suspension ropes, and so long as he gives you consent, your connection is bound to develop into a fruitful bond. Be honored if he calls you “sir” (before you pop in that gag, of course). Which of these encapsulates you most? Any friends (or exes) come to mind? Share, comment, and stay tuned for more Gay Men as Pokémon installments!