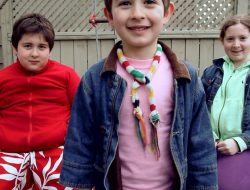 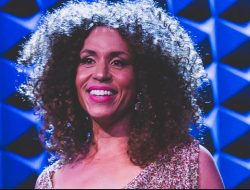 Cherdonna is back with an all new show at On The Boards in Seattle, Oct 12-15 with KISSING LIKE BABIES. Photo: Ji Ji Lee

Our Queen and Savior, “Her Empress Divaship, Our Lady of the Holy Cherdonna” (or, just “Cherdonna Shinatra” to her legions of fans) is back with a brand spanking new show which opens this week at On The Boards. KISSING LIKE BABIES is the latest installment in a series of dance/theater/art performance pieces Cherdonna, aka Jody Kuehner, has been working on for the last three years. It opens this Thursday, October 12th for ONE weekend only so it behooves you to snatch up tickets before they’re all gone. Seattle’s premiere bio drag queen has more fans than a Vornado showroom in August!

Pucker up, Seattle…Cherdonna is blowing us a kiss for October!

From her press release:

I AM SO EXCITED TO SHARE THIS WORK WITH YOU. KLB IS THE CULMINATING WORK IN A THREE YEAR PROJECT CALLED ONE GREAT, BRIGHT, BRITTLE ALLTOGETHERNESS.

In this dance/theater piece, OtB audiences will explore the infantilization of the feminine, the conundrum of being, the amazing circumstances within which we exist, and the tie from birth to death and back again with the help of drag queen Cherdonna, a chorus of adult toddlers, and a seven piece brass marching band. Cherdonna Shinatra is a queer, fem, female, professionally trained contemporary dancer who uses dance traditions, clowning, drag, theater, comedy, performance art, camp, pop culture, feminism, absurdity, and subversive commentary to make art.