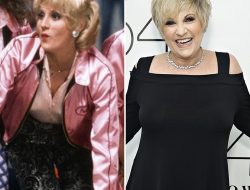 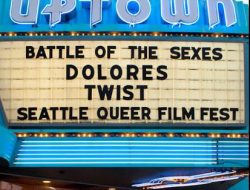 October 28, 2017 Comments Off on Everything Old Is Fresh Again: “The Crucible” Is Still Powerful And Relevant And Great Drama Views: 2025 *Seattle Theaterland, Arts & Entertainment, Reviews, Stage

Everything Old Is Fresh Again: “The Crucible” Is Still Powerful And Relevant And Great Drama Some of the cast of THE CRUCIBLE onstage at ACT Seattle. Photo: Chris Bennion

Many young theater makers are always extolling the superiority of creating new work for their theater companies…the exciting challenge of working as an ensemble to make new theater. There can also be some sneering at staging “old” classic works…they can be disparaged as “boring” and “out of touch” to modern sensibilities. Also: who the hell wants to produce and / or see the 67th production of effing “Romeo & Juliet” or “Our Town”?

Well, they’re right and they’re wrong. Making new work IS vital to strong theater but so is the challenge of staging older work and making it exciting and fresh and relevant to an audience. No one wants to see another boring, stodgy Shakespeare production but we also don’t need to see another messy as hell “ensemble generated” piece of mush that consists of young actors running amuck for 85 minutes. Both are tedious and banal.

There are several stagings of class works onstage right now in Seattle…Two of them are  great and one of them has some issues. Let’s look at one of the great ones.

ACT announced they were doing Arthur Miller’s dependable old warhorse THE CRUCIBLE last fall and I know I rolled my eyes a bit as did other theater lovers I know. Why was ACT doing this old, stodgy play? It’s been done billions of times, usually badly, by every high school, community theater and junior college in the country. Yes, it’s Arthur Miller and yes, it’s an American class and worthy of praise for  Miller’s clever use of the infamous Salem Witch Trials of 1692/93 as a metaphor for the equally infamous McCarthy “Un-American” hearings in the 1950s trying to root out supposed Communists in the government, academia, and the media. It’s a fine example of the mid 20th Century “well made” play…noble, well structured and a tad pedantic.

But, that’s ignorantly dismissing the power of Miller’s words as well as the all too familiar need to continue telling this story since apparently we never heed the lesson it tells us. Sadly, The Crucible is as timely today as it was when originally produced in 1953. Political witch hunts continue as do ones on a more grassroots level, on social media, by earnest members of the Right AND the Left. Finger pointing, false accusations and character assassination are just as rampant now as ever before…if not more so in the age of Facebook and Twitter.

Fortunately for us, ACT and director John Langs have given The Crucible a (mostly) fresh new staging with a terrific cast of actors and some gorgeous design elements that place this production in vaguely modern dress and set rather deliberately in a theatrical milieu…it’s a dark stage with all the props and furniture stacked up against the bare back wall of the stage, the door to the scene shop deliberately exposed. It’s a scary, gritty, dark design with more than just a hint of corruption, deceit and dystopia in the air. It’s The Crucible meet Orwell’s 1984 meet Atwood’s The Handmaid’s Tale. There’s no whiff of “ye olden Salem days” in this setting…it’s very modern and stark and very Trumpian.

The power in this production of The Crucible is due to bold staging by John Langs and some clever bits of stage business including using chalk to define the outlines of each scene setting and the use of cameras, microphones and monitors in the courtroom scenes mimicking actual Congressional hearings. Texture and sound are very important here too with Matthew Smucker’s industrial scenic design, Sharath Patel’s haunting sound work, Deb Trout’s highly textured and color coded costumes and most of all, the dramatic power of Geoff Korf’s lighting design all adding to the sense of dread in the atmosphere.

The acting ensemble is quite superb with some of the best actors in town playing even the smallest of roles. When you have local theater legends like Anne Allgood and Marianne Owen and William Hall, Jr. in relatively small parts (but excelling in them) you know you have a killer cast.  Shermona Mitchell as Tituba and Ray Tagavilla as Ezekiel are so compelling in their brief roles you wish Miller had written more for their characters.

The play centers on  the “girls” who stir up the drama with their finger pointing to avoid getting into trouble for dubious youthful behaviors and on one girl in particular, Abigail Williams who has been dismissed from the home of John & Elizabeth Proctor for flirtations with John. The girl is obsessed with Proctor and uses her new power to get Elizabeth out of the way by accusing her of witchcraft. When John Proctor defends his wife and publicly condemns not only Abigail but the entire establishment for allowing this out of control situation to happen, he, too is condemned.

As the Proctors, Paul Morgan Stetler and Khanh Doan excel with powerful but realistic and underplayed performances that ground their characters in believability and bestow upon those characters great dignity and integrity. Former ACT artistic director Kurt Beattie returns to the stage in the role of their chief judicial persecutor, Deputy Governor Danforth and he, too does a commanding job of inhabiting the stupid stubborn stolidness of a foolishly dangerous center of authority.

The “girls” are played by Sylvie Davidson as the ringleader Abigail, with Claudine Mboligikpelano Nako as Mary Warren who has second thoughts about their accusations, with Hannah Mootz and Emilie Hanson in support. All four actresses give strong performances but….I’ll be frank and state that I think that Davidson, Nako and Mootz are all too adult for those roles; Ms Hanson is actually the right age range for her role (and looks it) which throws it off even more.  It sounds ageist but the reality is, these roles need to be played by actors who can actually “play” 17 or so. In the real world, most of the accusers were much younger (10 to 14). Miller aged up the characters a bit (to later teens) to play better on stage especially with Abigail being paired with Proctor (the Abigail/John Proctor “affair” is pure fiction created by Miller to enhance his plot and not based on actual facts or the real people.) But, casting talented actors who read more like 27 than 17 actually hurts the material a bit. If you cast the roles too old, then Abigail comes off as a vindictive, evil ADULT woman acting like a….witch willing to sacrifice another woman to fulfill her own selfish needs. If the role is cast with an actor who reads as a teenaged GIRL then it gives that character an out…her vile actions are not the actions of an adult who should/would know better but those of an inexperienced, selfish, shallow CHILD behaving childishly. This upsets the dynamic of the play by falsely establishing that it’s just a silly woman being vindictive towards another woman for the sake of a man…which is not what this play is about.

That said, the actors playing these roles are very strong with Ms Davidson and Ms Nako in particular giving compelling performances here.

As for the production as a whole, it is beautifully compelling, tense and dramatic. The Crucible is a three hour long show but Mr. Miller’s powerful words still ring true today. John Langs and his team have done an admirable job of staging this work to be freshly relevant and emotionally accessible to 21st century audiences. Like Belgian director Ivo Van Hove’s equally relevant Broadway production from 2016 which earned much praise for its very similar staging style and atmosphere (right down to the use of chalk to write the names of the victims on the walls), the ACT team has helped keep Miller’s words and story alive for another generation. This excellent production of The Crucible is very highly recommended for all audiences.