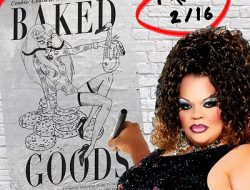 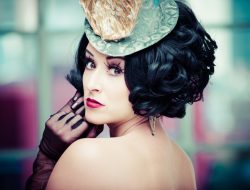 Well, it took them awhile….

After the problematic Seattle Pride Scandal of 2016 which involved Seattle Out & Proud, the non-profit group that puts on the yearly Seattle Pride Parade in downtown Seattle (but NOT the annual Pride festival because “quirky” Seattle has to be differently annoying and have TWO separate Pride groups….but, I digress) and its then Board President making some poor management choices that annoyed a major local former sponsor as well as community members who supported that sponsor, there was a big angry community meeting where Seattle Pride vowed to be better about community engagement and having more such meetings to address the issues and allow the community to have an active part in planning Seattle Pride.

That kinda sorta mostly didn’t really happen, though Seattle Pride did address many issues and has made efforts for a more inclusive Pride, especially in regards to non-profit groups participating, but frankly we haven’t seen many notices about public group meetings with the Board in the past two years. Either they were very hush hush meetings or…they didn’t happen.

Apparently Seattle Pride has finally decided that community meetings are a necessary part of the Pride planning process because they’ve scheduled one to happen on Wednesday, February 28, 2018 at Swedish Hospital’s main campus on First Hill (747 Broadway) in their Glaser Auditorium. They’re calling it an “open dialogue” about the work they do including events planned for Seattle Pride 2018 which happens on Sunday, June 24, 2018. This year’s Pride Parade theme will be “Pride Beyond Borders”.

We’re strongly encouraging people to attend, to gain information about Seattle Pride’s work as well as to comment and make suggestions about how they can contribute to be responsible community partners.

Here’s the link to the FB invite.

And, when are we going to start talking about uniting the two groups, since it really is ridiculous to have two separate organizations planning official Seattle Pride events…a waste of time and resources.