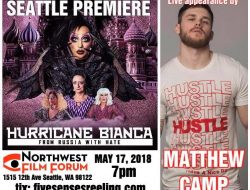 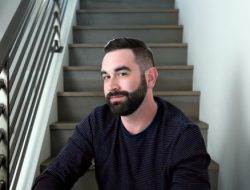 Founding Member of Dykes On Bikes Passes At Age 69

SAN FRANCISCO—Dykes on Bikes today announced that founding member Soni Wolf, “an inspiring mother of the movement for lesbian pride and dignity” died on Wednesday, April 25 of natural causes at the age of 69. The National Center for Lesbian Rights (NCLR) and the Brooke Oliver Law Group represented Dykes on Bikes in an action to register its name with the U.S. Patent and Trademark Office, which had initially rejected the application on the grounds that the term “Dykes on Bikes” is disparaging to lesbian, gay, bisexual, and transgender people. On July 11, 2007, the U.S. Court of Appeals for the Federal Circuit issued a final ruling affirming the group’s trademark of the name “Dykes on Bikes.”

“On her motorcycle, Soni Wolf blazed a new path forward for women and lesbians by defying gender stereotypes and boldly demanding recognition of our community on our own terms. NCLR was honored to represent Dykes on Bikes, and Soni, in its challenge for recognition, and today, we mourn this loss for our community. Soni was a fierce advocate whose life exemplified the power of visionary courage, freedom, and feminist solidarity. We’ve been immeasurably enriched by knowing her, and next month at Pride, we’ll see Soni’s legacy live on.” One of the founders of “Dykes on Bikes” Soni Wolf passes at age 69. Photo credit: Sarah Karlan