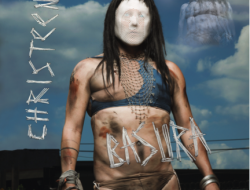 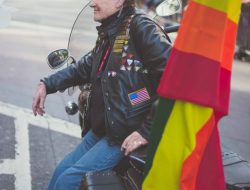 “Hurricane Bianca 2: From Russia With Hate” Opens At NW Film Forum On May 17 She’s not a local queen but we’re supporting the local premiere of HURRICANE BIANCA 2: FROM RUSSIA WITH HATE, the soon to open movie sequel to the mostly funny first film starring international drag sensation BIANCA DEL RIO. It’s set for a WEEK LONG run at Seattle’s intimate Northwest Film Forum on Capitol Hill, starting on Thursday, May 17th with a special appearance from a hottie patottie co-star in the film, MATTHEW CAMP!

You can snag tix for a meet’n’greet with Matthew for that day plus tickets to the film for any of the 14 screenings over the week of May 17 through Thursday, May 24.

Link to buy tix for the Matthew Camp HERE!

Info on that event:

Model, actor, and clothing designer who launched his own line, Matthew Camp Designs, as well as the fragrances Transgression and 8.5.

Originally making a name for himself as a go-go dancer in New York City, Matthew has appeared in the films “Getting Go: The Go Doc Project”, “Sock Job”, and now “Hurricane Bianca 2: From Russia With Hate”.

Meet Matthew at the Seattle Premiere of “Hurricane Bianca 2: From Russia With Hate”, on May 17, 2018.

Must select tickets to the movie separately, also available through Brown Paper Tickets.

And, to buy tickets to ANY of the 14 screenings you need to go HERE!!!!

More info on the film!

Hurricane Bianca 2: From Russia With Hate

* Special Screening Night on May 17th with guest star from the movie, Matthew Camp *

After winning over the staff and students of Milford High School, chemistry teacher Richard Martinez aka Bianca Del Rio (Roy Haylock) sent her nemesis Vice Principal Deborah Debbie Ward (Rachel Dratch) to jail in a flawlessly executed plan. When Debbie is released from jail, she conjures up a scheme to do away with Bianca Del Rio once and for all, by luring her on a dangerous journey to Russia to accept a teaching award and cash prize. Filled with laughs, celebrity cameos and Americas drag superstars, Hurricane Bianca: From Russia with Hate is packed with surprises and unlikely partnerships that spark friendship and acceptance.

OH! And, the local presenters for this screening, FIVE SENSES REELING, are also donating a dollar from each ticket sale to SEATTLE PRIDEFEST to help keep our Pride festival events FREE!

Snag tix to both of those shows over here!