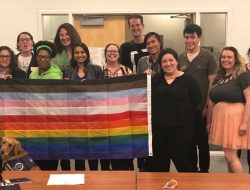 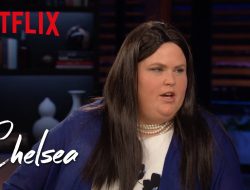 HONOLULU—Hawaii Governor David Ige signed a bill sponsored by Hawaii Senator Stanley Chang into law today that will protect Hawaii youth from the practice of conversion therapy by health professionals. Conversion therapy, sometimes called “ex-gay therapy,” attempts to change an individual’s sexual orientation and/or gender identity and has been discredited by every major medical and mental health organization as an ineffective and harmful practice. The practice of conversion therapy by licensed professionals against minors has now been prohibited by 12 states and the District of Columbia, and there is a growing movement across the country to end conversion therapy nationally.

“There are currently more than 700,000 survivors nationally, and an estimated 77,000 teenagers across the country will be subjected to conversion therapy over the next five years,” said NCLR Born Perfect Strategist Mathew Shurka. “As a survivor, I know how harmful conversion therapy can be, and I could not be happier that Hawaii has taken this important step to protect the health and safety of its LGBTQ youth from this terrible practice.”

Twenty-four year-old Dillard Slay was 13 years old when his grandparents sent him to a conversion therapy camp in northern Georgia. He was being treated for “effeminate behavior.” Slay’s search for safety, stability, and job opportunity, led him to enlist in the military, and today, he is living in Hawaii and working as a U.S. Navy Nuclear Reactor Operator.

Andria Kirk
Seventeen year-old Andrea Kirk shared stories about a number of her friends being threatened with conversion therapy after coming out to their families. Kirk stated that she wants to protect herself and her peers from ever being subjected to conversion therapy. She is a junior at Myron B Thompson Academy, Hawaii, identifies as queer-lesbian, is in a band, and is passionate about equal rights and criminal justice. NCLR’s Mathew Shurka after his February 20, 2018 testimony at the Hawaii State Capitol, wearing rainbow leis given to him by the LGBT Caucus of the Democratic Party of Hawai’i.

Twenty-nine year-old Mathew Shurka was 16 years old when he began conversion therapy in New York City. He was subjected to conversion therapy for five years across four states: New York, New Jersey, California, and Virginia. Shurka now lives in New York City and works as an advocate to protect other LGBTQ youth from conversion as NCLR’s Born Perfect Strategist. Shurka was the only survivor to testify at these hearings who lives on the mainland rather than in the state of Hawaii.

Today’s bill signing was the result of targeted grassroots advocacy efforts by the National Center for Lesbian Rights (NCLR), local advocacy group the LGBT Caucus of the Democratic Party of Hawai’i, and the Human Rights Campaign (HRC). NCLR has been standing up on behalf of survivors of conversion the

*Captions for photographs included below: Photograph 1: Dillard Slay prepares to testify. Photograph 2: NCLR’s Mathew Shurka after his February 20, 2018 testimony at the Hawaii State Capitol, wearing rainbow leis given to him by the LGBT Caucus of the Democratic Party of Hawai’i.