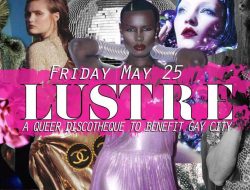 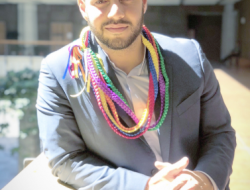 Hawaii is 12th State to Prohibit Conversion Therapy for...

Seattle Gets Five New Colors Added To Pride Flag For 2018

In partnership with SEqual Seattle who helped fund it, the Seattle LGBTQ Commission has created a new Pride Flag for the City of Seattle which will make its public debut next Friday, June 1, 2018 at the 6th annual Pride Flag Raising ceremony on the front steps of Seattle City Hall.

The new flag follows the examples of other cities who have recently made changes to the traditional Gay Pride flag by adding additional colors to represent queer people of color and of different gender identifications and sexualities. This has stirred some controversy with defenders of the traditional design pointing out a rainbow is a prism that represents all colors and thus all people under the LGBTQ umbrella.

The Commission posted a photo of a tiny flag with the new colors on their Facebook wall…we’re trying to get clarification if that’s the actual new flag, or just a tiny facsimile. The old Pride Flag was obviously quite large, in order to be seen properly.

This is a free/open to the public event. Join the Seattle LGBTQ Commission and Mayor Jenny Durkan in celebrating the 6th Annual Flag Raising event to kick off Pride
Month. We will raise the pride flag in honor of the LGBTQ people residing within our beloved city. Please come join in on the celebration!

More details about the programming schedule and speaker list to come!

The pride flag at Seattle City Hall is going to look a little different this June! Five new colors have been added to the existing six rainbow stripes. The black and brown stripes represent people of color – and the pink, light blue and white stripes represent trans, gender non-binary, intersex and folks across the gender spectrum. These particular communities within the LGBTQ+ umbrella are often made invisible and disproportionately impacted by discrimination, but are integral to our community. We want to center those communities both symbolically and in daily engagement through our commission.

Thanks again to our friends at SEqual Seattle for funding this flag!