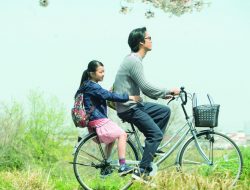 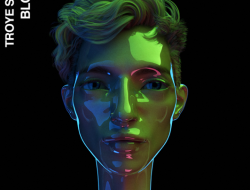 Stories From The Inside: Theaters/Artists Explore & Facilitate Art in Prison

Bringing Out Stories from Inside: On the Boards Highlights the Damages to the Psyche of Incarceration (in Jack &, thru Sunday only!), and Theatre-in-Prison Programs Encourage Creative Growth Cornell Alston stars in “Jack &” Conceived and directed by Kaneza Schaal, and onstage at On the Boards May 10 -13, 2018,

Capping off an exceptional (and powerful, and usually sold-out) season, On the Boards brings audiences into the struggles with which incarcerated people contend as they move from behind bars, back to the outside.

Jack &, from New York-based artists Kaneza Schaal and Cornell Alston, describes itself as a “comedy of errors,” which contrasts idealized notions of entering society (from classic sitcom portrayals to debutante balls) with transitions to and from prison life.  Through that lens, it reflects on “the measureless damages of being in prison—not the amount of time one has served but the amount of one’s dreaming that is given to the state.”

In lieu of a traditional talkback, after each performance the artists host a cake reception and discussion with the audience to collectively consider recipes that rebuild dreaming.

Jack & runs through 5/13 at On the Boards in Lower Queen Anne.  Tickets $30, available here.  Note: The two remaining shows both start at 5 pm.  The Saturday show is held earlier than normal, in order to encourage accessibility for families of incarcerated people.  In addition, UW Drama will host Kaneza Schaal, in conversation with Daniel Alexander Jones about Jack &.  The free event is on Monday (5/14), at 6 pm, at Jones Playhouse near the UW main campus.  Information and RSVP (free) here. Mellon Creative Fellow Daniel Alexander Jones hosts a conversation with performer/creator Kaneza Schaal, whose show JACK & runs May 10 – 13 at On the Boards.

For those interested in immigration justice, another upcoming production of note is The Detention Lottery, an immersive production (act as a detainee, anyone?), hosted by local immigration attorneys in order to highlight the often-arbitrary nature of proceedings and removal.  The performance will be held at St. Mark’s Cathedral (Capitol Hill), on Friday 6/8 from 1-3 pm. Info and RSVP here; RSVP requested by 5/24. Less in view, theatre and dance programs inside the prisons encourage inmates to think through their personal past, present and future via creative arts and, ultimately, by performing a piece of their story.  Throughout the year, Freehold’s Engaged Theatre, Pat Graney Company’s Keeping the Faith, and other organizations bring devoted artists into prisons to teach writing and performance skills and, through them, healing and growth.

Earlier this spring I went out to Washington Corrections Center for Women at Purdy (on the outskirts of Gig Harbor) for the annual show of Freehold’s Engaged Theatre program there.

It’s a special program.  Inmates across different experiences, prison quarters and security levels come together once a week for several months, and experienced writers and volunteers encourage them to write their stories.  Near the end of the series, the inmates select stories meaningful to them (with the help of director and writing mentor Robin Lynn Smith), and playwright and teacher Elizabeth Heffron works with them to thread it all together into a single narrative arc.

With the script in hand at last, a month or so before the performance, the actors figure out their roles and staging, and memorize their lines (with some written help near the mics for longer personal stories/monologues).  The sets come alive in the craft room with limited supplies — a lot of cardboard, a lot of fabric — but detailed and beautifully done. The backdrop is hung from the gym rafters, scene-specific props are rushed onstage by volunteers, and prison grays get splashes of color with some costuming and, eventually, the unveiling of that year’s program t-shirt, also designed by an inmate. This year’s were an impressively bold tie-dye.

The inmates’ storytelling is the best part, giving a glimpse into a very personal tale you’re not going to see on TV (unless it’s sensational), a unique one, an emotional one. Something led them here. They gave up something to be here. And they have hope for something once they get out.

Many of the stories are queer ones — coming out, loving within a same-sex relationship, losing that partner upon going to prison, hoping for a new life, someday, outside. Bearing witness to those, I become both liberated (with the openness with which queer stories are told, particularly in an industrial, barbed wire setting) and despondent (at the queer lives interrupted, locked down, for a multitude of sometimes split-second transgressions). Keeping the Faith founder Pat Graney (right) talks about the experience of learning with inmates at Mission Creek, at a fundraiser last month at Cafe Lago.

But here is not the time for woe-is-me. In the weekly writing sessions, the inmates get to know each other, tell stories that perhaps they’ve never had reason to tell, open up with the expectation that other participants will keep confidence and that the favor will be returned. Getting to the finished script is a proud accomplishment.

Better still, however, is getting to perform before an audience from the outside, often consisting largely of friends and family, plus some stray members of the public, like me. (Note: it’s not exactly stray. I’ve gone for a few years, and it’s by invitation only, with pre-clearance required well in advance.)

On performance day there is always some emotion; inmates tell stories of decisions, love, freedom lost, family waiting. But it is also joyous, happy, and goofy. This year especially, the performers were overflowing with song and jokes, particularly after the scripted performance had concluded. They seemed to have a language of their own, springing into coordinated song routines spontaneously during the talkback, performing happily, off the cuff, as one.

An audience member commented during the talkback that this was his first time, both to Freehold Engaged and in a prison facility,  that he was surprised how funny and normal everyone seemed. That comment is something of my worst nightmare. Because yes they are people and frequently “normal” (if there is such a thing?), but let’s not forget their situation is not. They are limited in or deprived of most freedoms we enjoy and take for granted; they are always, always under watch; they are separated from their children, families, loved ones, plus jobs and opportunities for an unencumbered life on the outside.

We need prison reform that gives inmates a better chance to redeem themselves, with a successful path to the outside, and a legal code that is more forgiving of drug-related and many other types of offenses. We particularly need a system that doesn’t cage people at length and label them as suspicious and dangerous convicts forever and ever amen.

But in the meantime, it is good to have an arts system that recognizes inmates as people, with interesting stories and the very human desire to improve upon themselves and be understood. Freehold is a rare organization that has placed that aim as a top priority. And the staff at WCCW should be commended for opening the gates to make that happen as well. But most of all to the inmates, who are open and giving with their stories, and put themselves out there to act, sing, dance, and speak their truths onstage.

You can support Freehold’s programs, including its prison-in-theatre programs, by attending its upcoming A Night to Remember: Freehold Auction & Dinner, Monday 5/21 at 5:30 pm at the Georgetown Ballroom.  More info and tickets (as well as online donations) here.

Another program, the Pat Graney Company’s Keeping the Faith – The Prison Project (note: not religiously affiliated), works with inmates up the peninsula at the Mission Creek women’s prison. You may find out more and donate to the project here.  Performances at Mission Creek will be held in the fall; like Freehold’s, attendance requires invitation and registration long in advance in order to pass the prison’s pre-clearance procedures.

Related to the Keeping the Faith (KTF) project: