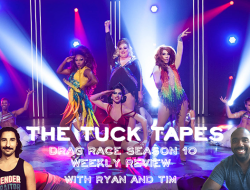 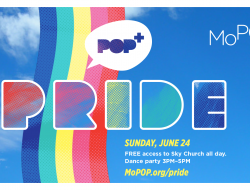 And, while normally you have to shell out some Hamiltons to see shows/events at Seattle Theatre Group’s gorgeous PARAMOUNT THEATRE on Pine Street at the foot of Capitol Hill heading downtown, this Saturday, June 23rd, you have a FREE opportunity to party at the venue in celebration of two things:

There’s also a “sold out” free concert that same night with beloved local band DEATH CAB FOR CUTIE but the non-ticketed street party will feature LGBTQ performers and all sorts of freebies (ice cream, if you get there early enough; posters). It’s an evening event from 5pm to 8pm on 9th Avenue between Pike and Pine Street.