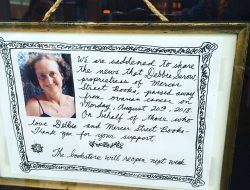 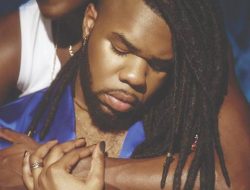 While Seattle is celebrated for its progressive and innovative arts scene, some of the most consistently relevant, affecting, high-quality theatre is coming out of a storefront in Kent.

Theatre Battery was met with critical acclaim (in the Seattle Times and others) and packed houses two years ago, when it tackled racism and violence with Hooded or Being Black for Dummies.  Last year — with another timely selection — it produced We Are Pussy Riot or Everything Is PR, which speared Russia, thought police, and official lies (now known as “alternative facts”).

Theatre Battery continues its hyper-relevant streak with Alma (or #nowall), a new play about citizenship across borders, by the prolific and award-winning local playwright Benjamin Benne.  Benne, a queer Latinx playwright, is an alum of Parley, a local playwrights’ group where an early version of Alma (or #nowall) was developed; is Literary Manager at Forward Flux; and is enrolled in the graduate program at the Yale School of Drama (where Theatre Battery’s Artistic Director, Logan Ellis, also attends).

A hallmark of Benne’s scripts — or at least a couple that come to mind — is to provoke big, unwieldy thoughts about big, unwieldy social problems, using tiny, confined, intimate stories and very-human characters it’s OK to care about.

So here in Alma (or #nowall) we see one night in a small apartment, a Latina household, a mother and daughter, on the night before the 17-year-old daughter is to take her SAT.  They are arguing and reminiscing. They grapple, a couple of times.

The immediate issue?  The daughter is not excited to take the test to which her mother has attached a lifetime of dreams, and has come home drunk.  The mother is enraged, la chancla flies, and out come her sacrifices and her fears for her daughter’s future, in a political climate increasingly hostile to immigrants.  Or has it long been this bad, just further out of the public eye?

In that one night’s woes, we learn everything we need about a mother’s hard journey; the daughter’s smothering from expectations; the wishes they’ve made together over 17 birthdays; and their present fears for each other.  The result is a richly woven short play (80 minutes) that leaves a lot of feelings from this family story and questions about our country’s immigration policies and fables and formulas of “success.”

Alma (or #nowall) features excellent acting by Anabel Hovig and Klarissa Marie Robles and direction by Brandon J. Simmons; and is staged on a very bare-bones but suitable set, accented with amusing projections.

Originally scheduled to close on 9/1, the run was extended another week, with shows this Thursday through Saturday (9/8) at 8pm.  Admission to all Theatre Battery shows is free — yes, free — thanks in large part to sponsorship by Kent Station, which donates the space.  Advance reservations are recommended; but the theatre holds 30 tickets each night at the door too, even if online reservations are all taken.

Alma (or #nowall) runs through 9/8 at Theatre Battery in Kent; all tickets are free.  Advance reservations are recommended, available online here; additional tickets are always held at the door (even if it says sold out online).

Theatre Battery is located in the Kent Station mall, in a new space this season that’s not too far from their previous storefront.  The easiest way to find it is to park in the lot near See’s Candy (toward the northwest side of the mall), stand facing See’s, then turn right and follow the sidewalk 150 feet or so.  There’s also a map and directions on their website.  The new space is great — now featuring a big lobby (versus needing to stand out front in all elements, waiting for the house doors or on ticket standby), and the capacity to put in more seating as needed.  As with the previous space, there’s plenty of free parking in the nearby lots.

Restrooms are in the mall (back toward See’s Candy), are locked before show ends, and aren’t gender-neutral; however, the theatre will let patrons use the single-stall, gender-neutral restroom in the backstage area if needed.  (Check with house manager.)