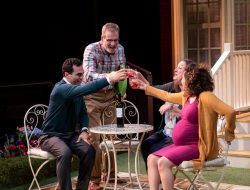 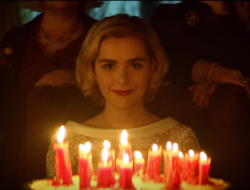 The highly praised lesbian romance film RAFIKI is banned in its home country of Kenya but will screen at TWIST Film Festival in Seattle this October.

Kenyan filmmaker Wanuri Kahiu isn’t messing around when it comes to the legal status of her film in her own county.

Rafiki is her highly praised film which debuted at the Cannes Film Festival this spring but the film was banned by the Kenyan film board for the film’s depiction of lesbian sex which is a violation of Kenyan law. Like many African countries, the nation of Kenya outlaws gay sex and anything that promotes the lives of LGBTQ people. The head of the Kenyan film board Ezekiel Mutaua said Rafiki has “clear intent to promote lesbianism in Kenya, contrary to the law.”

The banning of the film prevents it for being considered for Academy Award consideration in the United States. Oscar rules clearly state that foreign language films being submitted must screen in their home countries in order to be considered. An Academy Award nomination would increase the film’s chances for a wider global release.

But, Kanhiu is fighting back and filed suit against the film board and Kenya’s attorney general on September 10th in an effort to get the ban lifted prior to the Academy’s screening deadline of September 30th for Oscar consideration.

Not long after that deadline, Seattle will get a chance to see Rafiki (a word meaning friend in Swahili and familiar to anyone who has seen the Disney cartoon “The Lion King”). The film has been chosen to close TWIST: Seattle Queer Film Festival on Sunday, October 21st at Capitol Hill’s Egyptian Cinema.

More on the TWIST screening and a ticket link.

On a sunny afternoon in Nairobi, Kena is hanging out with her friends in a local café when she spots Ziki—and is instantly smitten with her vibrant, free-spirited energy. Turns out, though, that Ziki’s father is running against her own father in a local political campaign. Despite their families’ rivalry, the two young women start to meet up and get closer. Keeping their attraction secret, they spend time discussing their dreams and ambitions, soon finding intimacy in a little camper away from prying eyes in the gossipy neighborhood.
As their relationship develops, family pressure and danger lurk for the two lovers. In a place that does not want to admit that queerness exists and love is love, Kena and Ziki are destined to be wives and mothers. Both must choose how to survive in this coming-of-age story where the stakes are high.
This remarkable achievement by director Wanuri Kahiu—the first LGBTQ Kenyan film to premiere at the Cannes Film Festival (in the prestigious Un Certain Regard section)—received a 10-minute standing ovation but has been banned in Kenya for its “clear intent to promote lesbianism.”
Closing our festival with a moving, sexy, and unapologetically queer film about fighting for love is a reminder that our work continues. Through Kena and Ziki’s strength, we find the hope we need so much today.