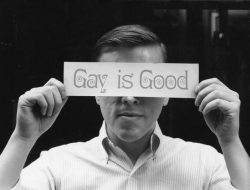 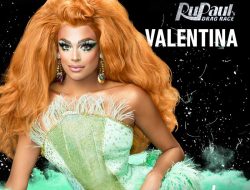 My favorite subjects in school were all history, literature or theater related so when all those fields intersect, it pleases me no end. Especially when the productions in question are mesmerizing and well done….like these two shows currently onstage in Seattle. Storyteller/Theater Artist Mike Daisey in “A People’s History” at Seattle Rep through November 25, 2018.

I’m a’guessin’ that Seattle Rep programmed A PEOPLE’S HISTORY, the current mega solo theater project by one time Seattle resident Mike Daisey for a couple of reasons. One, he’s a riveting storyteller with a national reputation and a multitude of fans locally. Secondly, it’s a very inexpensive slot in their 2018/19 season. Regardless of the reasons why he’s in town for a month to perform all 18 chapters of “APH”, it’s still a welcome treat to have a chance to see him do what he does best: tell stories for roughly 90 minutes at a time. (Note: during his run at the Seattle Rep, Mike Daisey will present all 18 chapters at least twice; in other words, it’s a different show every performance.)

He went on a bit longer than that on opening night last week, but we’ll excuse his verbosity because it was opening night and he had lots to say about that night’s time period for that “chapter” which covered the Progressive/Labor movement from 1900 to 1920 or so but with lots of interjections about current goings on in America in the Age of Trump including commentary about events that had occurred the previous day. Daisey’s gift for bringing in the current affairs of the day keeps A People’s History very current and very engaging. Since we’re always living history, it’s a vital part of the storytelling process.

The project is based on Howard Zinn’s monumental “anti-textbook” A People’s History of the United States which seems like a traditional U.S. history text but in actuality presents that history through the eyes of the disenfranchised instead of the traditional white male oligarchical viewpoint seen in the majority of history books. Zinn uses accounts from women, people of color, Native Americans and other non-privileged people to tell the story of the United States.

Zinn’s book, originally published in 1980 but updated over the years, became a best seller and a book obviously much loved by those on the left side of the political spectrum and mostly reviled by the right (mostly for not presenting their viewpoint; boo hoo…) Daisey’s A People’s History follows Zinn’s book, chapter by chapter…for example, the opening night production was Zinn’s Chapter 13, “The Socialist Challenge”, which covered the rise of the Labor Movement and socialism in the United States with specific mentions about the Triangle Shirt Waist Factory Fire in 1911 and the Industrial Workers of the World organization aka “The Wobblies” and their influence and impact in the Pacific Northwest including the Seattle General Strike in 1919 and the Centralia Massacre not long after.

(Note: according to Seattle Rep’s website, opening night featured “Chapter 8” of Mike Daisey’s A People’s History so either Mike Daisey’s chapters and Howard Zinn’s chapters don’t necessarily line up, or a change was made. For Zinn fans, check out the Rep website here and/or call the Rep to find out specifics on what chapter is being performed on any specific night…or, just show up and enjoy the show.)

As I already stated, all of this is fascinating to me: history in general, but specific histories from different points of view. If you’re a history buff and more of the progressive persuasion, as well as a fan of Mike Daisey and storytelling theater, then it’s all highly recommended.

If you’re not any of those things, it’s probably not the show for you… Cobey Mandarino, André G. Brown, Sydney Andrews in “And In This Corner: Cassius Clay” at Seattle Children’s Theatre through Nov 25, 2018.

Across the Seattle Center campus, at Seattle Children’s Theatre, there’s a more specific piece of history theater happening. It’s their production AND IN THIS CORNER: CASSIUS CLAY by Idris Goodwin, a biographical play on the early days of the renowned boxer Muhammed Ali, growing up in Louisville, Kentucky and before he changed his name from his birth name of Cassius Clay.

This short 70 minute play is obviously geared to children ages nine and up but it’s sophisticated enough to hold the attention of adults as well. The play covers the period from 1954 to 1960 and opens with a 12 year old Cassius Clay enjoying life with his little brother, Rudy and best friend Eddie playing in the streets of Louisville but also questioning why they can’t enter “Whites Only” establishments. After his prized bicycle is stolen, Cassius complains to an understanding white cop, Joe Martin who sees potential in young Cassius and in an effort to steer him away from getting revenge on the bike thief, gets the young man entered into a boxing program at a local gym.

Obviously, young Cassius has potential and he gains more confidence in himself when he defeats a local neighborhood bully, Corky in a boxing match. He trains hard and focuses all of his attention on his amateur boxing career, winning six Kentucky Golden Glove titles as well as two national Golden Gloves titles before heading off to the 1960 Olympics in Rome and winning a Gold medal as a light heavyweight. Cassius is too focused on his boxing to participate in the burgeoning civil rights movement but after being denied service in a whites only cafe after returning home from the Olympics, the young boxer begins to see the light. Bitter that his Olympic achievement means nothing to the white bigotry oppressing him, he throws his medal into the Ohio River.  The play ends with him vowing to fight for equality for people of color.

And In This Corner: Cassius Clay is a charming historical play and a great introduction to theater for pre-teens. Its youthful focus and the fact the script gives Cassius rhyming dialogue throughout the play, are two ways it cleverly engages its audience. The “rap style” approach not only foreshadows the taunting rhymes the adult Cassius as Muhammed Ali used to engage his opponents and charm his fans, but it also relates to the power of rap music in modern culture and connects the past to modern audiences.

The play does simplify the real story; in reality, Cassius had several siblings (this play only features one) and the levels of bigotry depicted in the production are never too adult, though the play does refer to lynchings and other acts of violence against people fighting for civil rights. (The “throwing the Olympic Medal into the river” story may be apocryphal; some confidants of Ali claim he simply lost the medal…but, it makes for strong story conclusion!) And, the play does rather frustratingly stop before Cassius becomes Ali but it’s understandable. There’s only so much to portray in a 70 minute play.

There’s many reasons why this productions works so well, other than its taut script which lured rising young director Malika Oyetimein back to Seattle to stage this play. After a huge year in 2017 directing several acclaimed shows in Seattle, she’s been hired to stage works all over the country. As usual, Ms Oyetimein displays her talents with an emphasis on movement to propel the story which she created with the ensemble over the rehearsal period. Dance and percussive movements are used throughout the piece, and also aided by the fight choreography of Geoffrey Alm.

It’s also a handsome production with an interesting “boxing gym” motif set that has multi-purpose pieces that move around to portray various locales, well designed by Shawn Ketchum Johnson, as well as handsome and period appropriate costumes by Samantha Jones. Michael Keck’s original music and sound design are also powerful parts of this production in addition to the percussion sounds made by the cast.

The nine person ensemble is superb, and composed of some of the best actors in Seattle including Charles Leggett as the kind cop Joe Martin, Andrew Lee Creech as bully Corky (and others) and Brace Evans and Bria Samoné Henderson as the Clay parents. Chip Sherman as little brother Rudy and Lamar Legend as pal Eddie are also superb in their principal roles as well as the many other ones they portray. And, André G. Brown is superb as Cassius, playing the youthful innocence of a 12 year old as well as the focused awareness of the emerging adult who became Ali.

The charms of the story and the huge talents of cast and the production team make And In This Corner: Cassius Clay a gold medal winner for both kids and adults. If you don’t have kids to take to see it, it’s worth checking out without the excuse of bringing them, just to enjoy superb theater.