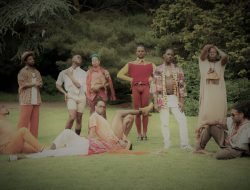 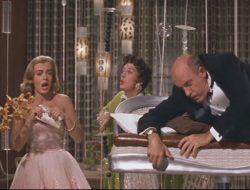 Out British Comedian Gina Yashere Headlines Show At The Neptune You might recognize her from The Daily Show with Trevor Noah or from the Netflix comedy series The Standups. But, out Anglo-Nigerian comedian GINA YASHERE is definitely a name to know as the comedian/actress/voice over artist continues to find success on both sides of the Atlantic offering a fresh perspective on our perplexing world as a black, immigrant gay woman.

Gina makes her way to Seattle’s Neptune Theatre for an evening of comedy and music on Thursday, December 13th with comedian/actress/podcaster Kellye Howard and DJ Sassyblack opening.

An Evening of Stand-Up Comedy with “One of the best comics in the world” – The Guardian, UK

Originally from The UK, GINA YASHERE broke onto the American comedy scene on NBC’s Last Comic Standing  where she made it to the final 10 and never went back home! Since then she’s been named a Top 10 rising talent by the Hollywood Reporter and become the British correspondent on The Daily Show with Trevor Noah. Gina has also made appearances on The Nightly Show with Larry Wilmore, AXS TV’s Gotham Comedy Live and The Tonight Show with Jay Leno as Madam Yashere – The Surly Psychic.

In addition to her half hour special on Season 2 of Netflix’s The Standups (released in March of this year), Gina has several comedy specials including Skinny B*tch for Showtime and Ticking Boxes for SeeSo, and she is the only British comedian to ever appear on the iconic Def Comedy Jam.

Gina has also appeared on iconic TV shows such as Live at The Apollo and Mock the Week, as well as creating and performing popular comedic characters on The Lenny Henry Show. In addition, Gina performs non-stop around the world, including playing the Just For Laughs Comedy Festival numerous times, and has had roles in feature films including Kiss Kiss Bang Bang and Mr. In Between.