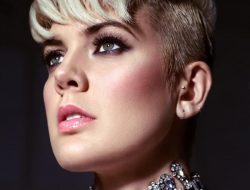 Betty Who’s New Video: “Between You & Me” 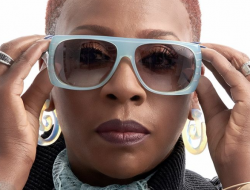 Out British Comedian Gina Yashere Headlines Show At The... SeattleDances, Seattle’s “dedicated source of dance journalism” has announced the recipients for this year’s 2018 DanceCrush Awards which honor excellence in local dance performance from the year. This year’s 8 honorees include Dani Tirrell’s Black Bois for choreography and performance. The piece was performed last spring at On The Boards and was described as:

Black Bois is a movement and theater piece that explores how black men/bois grieve, show rage, express joy, and cry. Dancer and choreographer Dani Tirrell looks into the depths of these emotional states and asks, How do we live with our pain? Who are we really in our pain? And how do we show love towards each other? Inspired by the lives of Kalief Browder and Tamir Rice, Black Bois is a meditation on being a black boi/male in the United States. Featuring live music, collaboration with a large cast of local artists/performers, community classes, and installations, this performance project celebrates black bodies in space and provokes an emotional engagement with movement.

All 8 award winners for this year will perform at the DanceCrush awards gala at the Erickson Theater on Capitol Hill on January 19, 2019. In the case of the longer pieces like Black Bois, excerpts will be performed.

And our Reader’s Choice Award:

Celebrating and honoring excellent dance from the past year.

DanceCrush is SeattleDance’s program designed to recognize and support achievements in local dance. Started in 2016, SeattleDances annually honors dancers, choreographers, and productions we have a total crush on. But aside from our affections, what will recipients of a 2018 DanceCrush receive? Each artist will be honored at a SeattleDances event in early 2019, receive an honorarium, followed by a feature article on each DanceCrush published throughout the year in an effort to sustain dialogue and publicity surrounding their work. It is our hope that these recognitions will help promote individual artists and create prestige for the dance community as a whole among other arts genres. One DanceCrush is the Reader’s Choice Award, picked from nominations submitted by the Seattle dance community. More, including last year’s awardees, at SeattleDances.com/DanceCrush.

Join us at the Erickson on January 19, 2019 for our third annual DanceCrush celebration! We will toast this year’s awardees and present a mixed bill of six of the awarded artists. Doors open at 7:00pm, performances and toasts begin at 7:30pm. Festive, celebratory attire encouraged. Tickets HERE.

SeattleDances is Seattle’s link to all things dance. Through exclusive previews, engaging editorials, and timely reviews, SeattleDances tracks the pulse of the Seattle dance scene. We strive to increase city-wide appreciation of dance and act as a resource to the dance community as a whole. The site creates an opportunity to watch, learn, question, ponder, and discuss dance and dance-related topics. SeattleDances is committed to supporting local dance companies and enlightening audiences with informative previews and detailed reviews. With a comprehensive calendar of dance events, as well as listings of auditions and workshops, SeattleDances is a centralized source for dance information. Anyone interested in dance is welcome here, from patrons to professional dancers and from dedicated students to art lovers seeking to learn more about dance. Check us out at www.SeattleDances.com.

Kim Holloway (our Reader’s Choice Award)
Kimberly Holloway is a Seattle dancer, choreographer, and teaching artist. She has been honored to perform with artists including Michelle Miller/Catapult Dance, Stone Dance Collective, Shannon Stewart, Alana O Rogers, and Kinesis Project (NYC). Her work has shown in Edinburgh (Scotland), Kansas City, Rhode Island, Mississippi, North Carolina, and Seattle. She is a recipient of grants and residencies from the Seattle Office of Arts and Culture, Artist Life Guild, Cornish Arts Incubator, and 10degrees. She is a board member of Dance Educators Association of Washington, co-founder of Class Exchange, and currently teaches at Velocity Dance Center, Dance Fremont, and Bainbridge Dance Center.

Dani Tirrell (Black Bois)
Is a queer, BLACK, two Spirit dance artist. Dani choreographs, performs and guides others through movement using the principles set in the African Diaspora.  Dani guides others at Northwest Tap Connection and as a part time lecturer in the dance department at the University of Washington. The work that Dani creates is centered on Dani’s experience being guided by BLACK Femmes and BLACK queer communities.

Kim Lusk (A Dance For Dark Horses)Kim Lusk is descended from a hearty line of cowboys, homesteaders, and mountaineers. A performer and choreographer based in Seattle, her choreography has been presented at Velocity’s Made in Seattle, On the Boards’ Northwest New Works Festival, Bumbershoot, Vashon Center for the Arts and Seattle International Dance Festival. Kim performs with zoe|juniper, Peggy Piacenza and Britta Joy Peterson. She holds a degree in dance from Connecticut College and grew up dancing at Bainbridge Dance Center.

Cheryl Delostrinos (Tequila con miel y limón)
Cheryl is a Filipino American born and raised in Seattle. She is one of the co-founders of Au Collective and is the Out of School Time Manager at Arts Corps.  Delostrinos has presented many works for festivals and events in Seattle, Portland, and New York, including The CHIN Project at the 92nd st Y, the NW New Works Festival, SAM Remix, Risk/Reward, and the Beacon Hill block party. She is a cultural worker and movement educator with SAAS, Arts Corps, Yesler Community Center, and Coyote Central. Delostrinos has devoted her life to creating and fostering art spaces that are accessible to marginalized communities.  She believes that art in not a privilege, it is a right. Cheryl is passionate about creating a platform for the youth to access the tools they need in order to empower themselves to become the future leaders of this world.

Fausto Rivera (Tequila con miel y limón)
Fausto Rivera is a Chicano dance artist from the Pacific Northwest. He graduated with a BA in Dance and a minor in Anthropology from the University of Washington. He grew up training in Mexican Folk Dance, and trained in ballet and modern dance in college. While at the UW, he danced with the Chamber Dance Company, under the direction of Hannah Wiley. He is a founding member of Seattle’s Au Collective, where he’s been able to create work with longtime collaborator, Cheryl Delsotrinos, presenting at the 92nd Street Y, the Seattle Art Museum, and On the Boards. Fausto is in his fifth season with Spectrum Dance Theater, under the direction of Donald Byrd, and has recently assumed the role of Community Engagement Artist Liaison.

Noelle Price (Remember Me Young)Native Detroiter, moved to Seattle in 2015 after receiving her Bachelor of Arts in Dance from Western Michigan University (WMU). Before leaving she developed community dance projects in the Kalamazoo area including the Art for Change Scholarship through the Black Arts and Cultural Center. In Seattle, Noelle has performed with Karin Stevens Dance Company 2016-17, set work in festivals Full Tilt (Evoke Productions), Men in Dance Adjudicating Showcase, Tint Dance Festival and performed for the 2018 premier of Beautiful Carcass, a Maya Soto and Nico Tower collaborative project. Price self-produced an evening length work titled An Ode to Marlin and wrote/performed her first one women play Death and other rude things both in 2016. Currently Noelle is the Artistic Director of PRICEarts N.E.W. and teaches at eXitSPACE School of Dance (Seattle WA) and Washington School of Dance (Bothell WA).

Amy J LambertAmy J Lambert (Johnson) is a Seattle dance artist who playfully crafts theatrical and concert dance works that are compelling for both the performer and the audience. After obtaining her BFA in Dance from Cornish College of the Arts in 2011 she worked as a collaborator in the multi-disciplinary collective The Eternal Glow Project. She is the director and choreographer of AJnC Dance-Theater, formed in 2013 in Seattle, Washington. Lambert uses humor and wit to explore themes of rebellion, conformity, and the absurdity of modern life. Often inspired by literature and historical research, productions have delved into genres ranging from Dadaism to Hunter S. Thompson.

Oleaje FlamencoOleaje Flamenco is a Seattle-based group of musicians and dancers who share a passion for the rawness and virtuosity of traditional Flamenco while creating fresh perspectives drawn from their rich backgrounds in a variety of musical and movement styles.